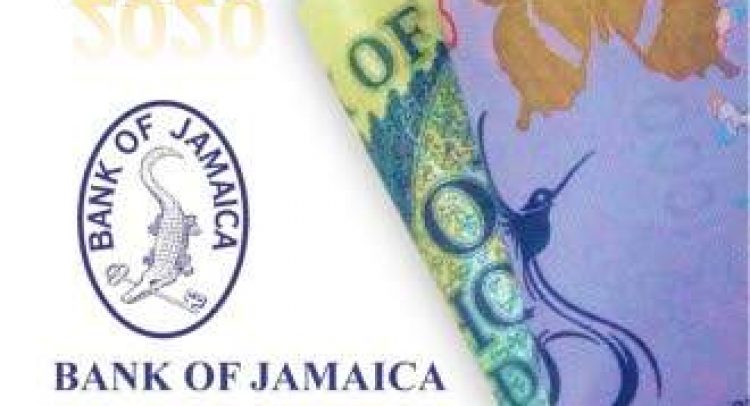 Interest rates rising again. Rates to be cut for September to December 2020 quarter

Interest rates are on the rise again based on the latest Quarterly Credit Conditions Survey Report published by the Bank of Jamaica (BOJ).

The survey showed that for the June review quarter interest rates on new local currency loans rose by approximately 23 basis points (bps) to 15.83 per cent, relative to the previous March quarter. This reflected a growth of 30 bps in rates for business loans, while there was a decline of 2 bps in the rates for personal loans.

Basis points refer to a common unit of measure for interest rates and other percentages in finance. Respondents to the survey, which are mostly financial institutions, pointed to higher interest rates on business loans, which were primarily reflected in loans to micro and large-sized firms.

In the latest Quarterly Credit Condition Survey Report, which was released yesterday, respondents indicated that the higher rates reflected their attempt to manage risk. Similarly, the average indicative interest rate on new foreign currency loans rose by 10 bps to 7.42 per cent, which reflected higher rates to medium and large-sized businesses.

For the September 2020 quarter, lenders reported that they plan to reduce interest rates on new local currency loans by 105 bps to 14.78 per cent and further reduce rates by 2 bps to 14.76 per cent for the December 2020 quarter. The reduced rates are expected to be applied to loans to micro and medium-sized businesses.

For foreign currency loans, respondents indicated their intention to increase loan rates in the September 2020 quarter by 47 bps to 7.89 per cent and will carry through to the December 2020 quarter. The increase is expected to affect mainly small, medium and large-sized businesses.

The report showed that there was an overall decline in the availability of credit to borrowers during the June 2020 quarter. This was evidenced by a contraction in the Credit Supply Index (CSI), which went down to 98.3 points.

Lenders indicated that they plan to increase credit availability for the September and December 2020 quarters. The allocation of credit to businesses for the June 2020 quarter declined relative to personal loans.

In relation to the business portfolio, there was an increase in the share allocated to large-sized firms. Notably, large businesses continued to account for the largest share of the portfolio at end June.

The growth in credit demand, as measured by the Credit Demand Index (CDI), declined for the June 2020 quarter, relative to the March 2020 quarter. The CDI for the quarter was 91.0 points relative to 92.3 points in the previous quarter.

The acceleration in the growth in credit demand by businesses in the review quarter was reflected in an increase in the growth in demand for local currency loans particularly evident in agriculture & fishing, construction, tourism, distribution, professional & other services and entertainment.

In contrast, there was a deceleration in the demand for foreign currency loans, which was mostly evident in the agriculture & fishing, mining & quarrying, transport, tourism, professional & other services, electricity, gas & water and entertainment industries. For the September and December 2020 quarters, lenders surveyed indicated that they expected an increase in the overall demand for credit, particularly by individuals and to a lesser extent by micro, small and medium-sized businesses.

This reflected respondents’ optimism regarding the country’s economic recovery as well as an expected uptick in the demand because of the holiday period.

The BOJ’s Credit Conductions Survey Report is conducted online on a quarterly basis among commercial banks, building societies, bear banks, credit unions and development banks. It is designed to elicit qualitative information on changes in the demand and supply of credit to various types of businesses as well as individuals.

The report explores the main factors underpinning these reported changes, including price and non-price lending terms and other credit market developments.

Pfizer to submit U.S. emergency use application for COVID-19 vaccine