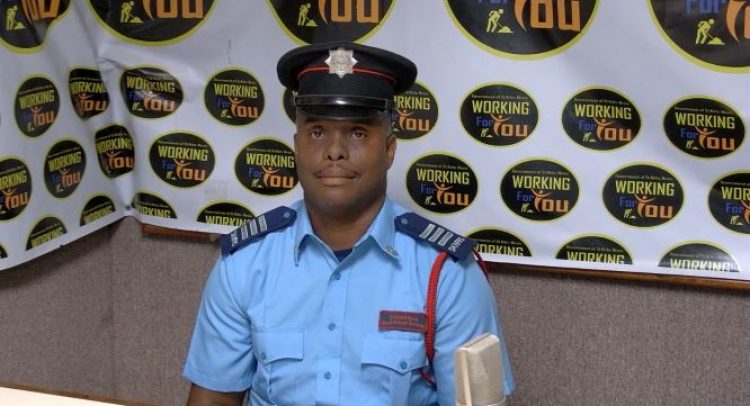 Basseterre, St. Kitts, May 13, 2021 (SKNIS): International Firefighters Day (IFFD), which is celebrated on May 04 annually, recognizes the sacrifices of firefighters who ensure that communities and the environment are as safe as possible. The day also appreciates and brings awareness to what firefighters do daily.

Officers from St. Kitts and Nevis Fire and Rescue Services (SKNFRS) appeared on the May 12 edition of “Working for You” to discuss the history and significance of IFFD, which started initially to honour five brave men in Australia who lost their lives in the line of duty but has expanded to include all firefighters and to honour them for their work and sacrifice.

In 1999, a tragic incident occurred in Linton, Australia where five firemen – Garry Vredeveldt; Chris Evans; Stuart Davidson; Jason Thomas and Matthew Armstrong – from the Glen Longwest Fire Brigade lost their lives while trying to put out a massive brush fire.

“They went to assist in that fight, however, that would have been the last journey that they would have taken. Because of the magnitude of the fire, it engulfed the fire appliance that they were driving in instantly killing all five officers,” said Timothy Martin, Fire Sub-Station Officer from the SKNFRS. “Seeing that event happening, the very next year, they sent an email worldwide petitioning to honour these firefighters who lost their lives in the line of duty, and hence, the birth of International Firefighters Day.”

One of the most significant symbols of IFFD is the red and blue ribbon.

“The red would have indicated the fire and the blue would be indicative of the water which would initially extinguish the fire. So, it is [similar to] the breast cancer awareness where you have the ribbon where it overlaps one another – blue on one side, red on the next, and then on the top section both colours conjoin,” said Mr. Martin.

May 4 was chosen as IFFD as it is also celebrated as Saint Florian’s Day all over the world.  Saint Florian was the first commander of a firefighting squad in the Roman era who lost his life while on duty. On this day, communities and organizations assemble to raise awareness about the dangers firefighters face.