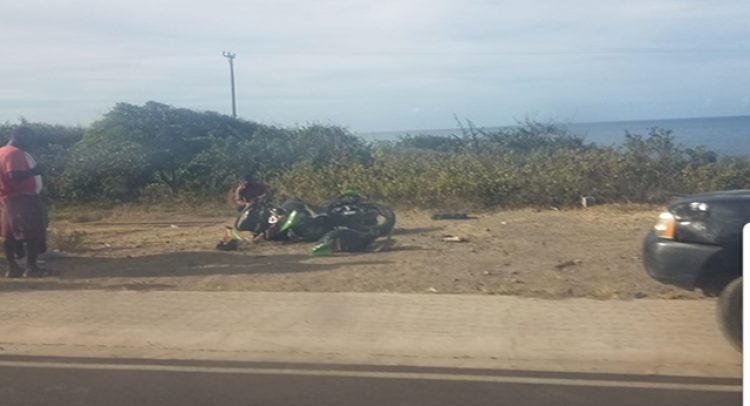 Just before the COVID-19 caused a shutdown of the country, St. Kitts and Nevis was experiencing an over average number of traffic accidents.

The Coronavirus helped to reduce the incidents, though accidents were still recorded.

With the latest accident on Thursday, 11th June, 2020, Police say that one occurred around 4:00pm, along the island’s main road, in Keys Village.

One person, they said, was seriously injured.

The traffic police is continuing its investigations, but they explain that the circumstances are that both vehicles were traveling from Basseterre towards Cayon.

They added, that While Stevens was in the process of turning right at a junction in Keys Village in the vicinity of the Water Dam, the motorcycle collided with the side of the pickup.

Dore sustained several injuries and was transported to the JNF General Hospital via ambulance.

He is currently warded in critical condition.

Another knee on the Caribbean’s neck