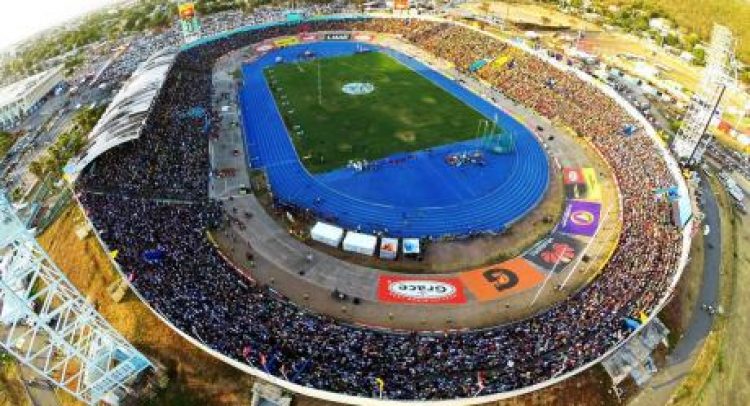 General Manager of Independence Park Limited (IPL) Major Desmon Brown says that the organisation will not discuss reopening protocols for the National Stadium until they receive the go-ahead from the Government to resume operations at the facility.

With the Jamaica Athletics Administrative Association (JAAA) looking to host a series of All-Comers meets and possibly the National Senior Championships in the coming weeks, it is believed that IPL would adopt the protocols proposed by the JAAA aimed at mitigating the spread of the coronavirus disease in Jamaica.

“We have to get the go-ahead, and currently, we have no such instructions to start to make any preparation to host any event at the National Stadium,” Brown told The Gleaner.

Meanwhile, Brown indicated that the National Aquatic Centre could be made available soon to members of the national swimming team for training purposes and that the Ministry of Health had already approved a set of guidelines for the swimmers to resume pool training.

“One area we are working on right now is the swimming pool. We have got the go-ahead to make the preparation for an inspection later this week, and if the Ministry (of Health) is satisfied, then the pool will be reopened,” Brown said.

“Initially, it will only be for the national athletes, for them to train, and then we will see how it goes. That is the only facility that we are looking at right now,” added Brown.

Fauci to testify at a fraught time for US pandemic response