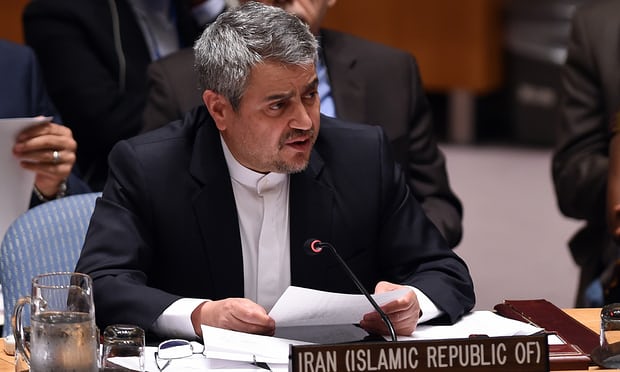 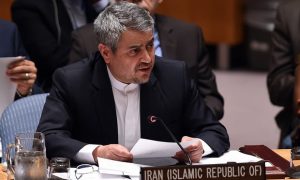 The US is making history not just by violating a United Nations security council resolution it voted for three years ago, but also by penalising countries who stick to the same unanimous resolution, the Iranian ambassador to the UN has claimed.

Gholamali Khoshroo argues in a commentary published by the Guardian on Wednesday that by abrogating a multilateral 2015 nuclear deal and imposing new sanctions on foreign companies doing business with Iran, the Trump administration is also reneging on UNSC resolution 2231.

The resolution, unanimously adopted six days after the nuclear deal was signed in Vienna, calling on UN member states to refrain “from actions that undermine implementation of commitments” under the Vienna agreement, known as the Joint Comprehensive Programme of Action (JCPOA).

The new US sanctions, imposed on Tuesday, target Iran’s access to dollars and its ability to trade in gold and other precious metals. Donald Trump claimed they were “the most biting ever imposed” and warned that in November, sanctions would “ratchet up to yet another level” with an embargo on Iranian oil and blanket sanctions on Iranian banks.

The EU has revived legislation intended to insulate European companies doing business with Iran from US sanctions, instructing them not to comply with Washington’s demands, and providing a mechanism to sue the US in European courts.

However, the EU blocking statute is thought unlikely to do much to stem the outflow of European investment from Iran driven by firms worried about losing access to US money markets. The Trump tactics have deepened an already serious economic crisis in Iran, fuelling protests around the country.

“For the first time in the history of the United Nations, the United States – a permanent member of the security council with veto power – is engaging in penalising nations across the entire world; not for violating a security council resolution, rather, for abiding by it,” Khoshroo wrote.

“The US withdrawal from JCPOA and re-imposition of its sanctions is a serious breach of its legal obligations under the United Nations Charter, which entails its international responsibility. The international community must act in the face of this international intimidation and affront towards the international legal order.”

Trump has said he is ready to hold talks with Iranian leaders, without preconditions but meanwhile, his administration has vowed to press on with its pressure campaign.

“Today, the regime in Iran is at odds with world peace,” the secretary of state, Mike Pompeo, said in a tweet. “ We urge our allies and partners to join the US and deny Iran’s leadership the funds to oppress the Iranian people and to foment terrorism around the world.”

Local Investigators see success with CCTV in their crime fighting