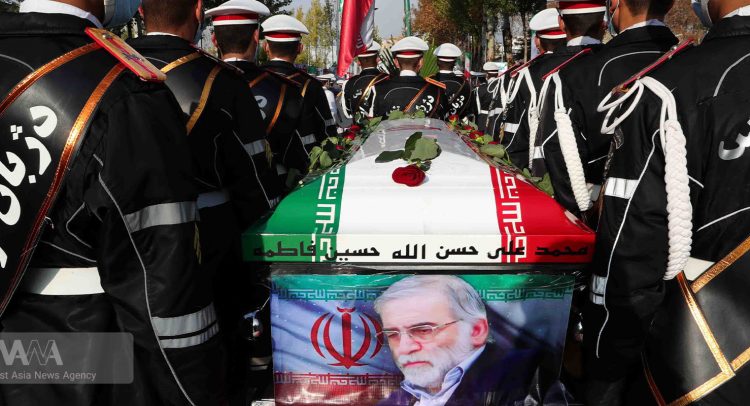 DUBAI (Reuters) – Iran began the burial of slain nuclear scientist Mohsen Fakhrizadeh in a cemetery in northern Tehran on Monday, state TV reported, as the defence minister promised the Islamic Republic would retaliate for his killing.

Fakhrizadeh, long suspected by Western and Israeli government of masterminding a secret nuclear weapons program, was ambushed on a highway near Tehran on Friday and gunned down in his car.

Iran’s clerical and military rulers have blamed the Islamic Republic’s longtime enemy, Israel, for the killing. Iran has in the past accused Israel of killing several Iranian nuclear scientists since 2010.

State TV showed Fakhrizadeh’s coffin, wrapped by an Iranian flag in a ceremony at the defence ministry, where only several dozen senior military commanders and his family attended due to coronavirus precautions.

“The enemies know and I, as a soldier, tell them that no crime, no terror and no stupid act will go unanswered by the Iranian people,” said Defence Minister Brigadier General Amir Hatami in a televised speech at the ceremony.

His body was later transferred to the Emamzade Saleh cemetery in northern Tehran for burial.

Iran’s semi-official Fars news agency said on Sunday Fakhrizadeh was assassinated by an automatic machine gun operated with a remote control. Witnesses on Friday told state TV that there were gunmen on the ground.

Prime Minister Benjamin Netanyahu’s office has declined to comment on the killing. An Israeli cabinet minister, Tzachi Hanegbi, said on Saturday he did not know who carried it out.