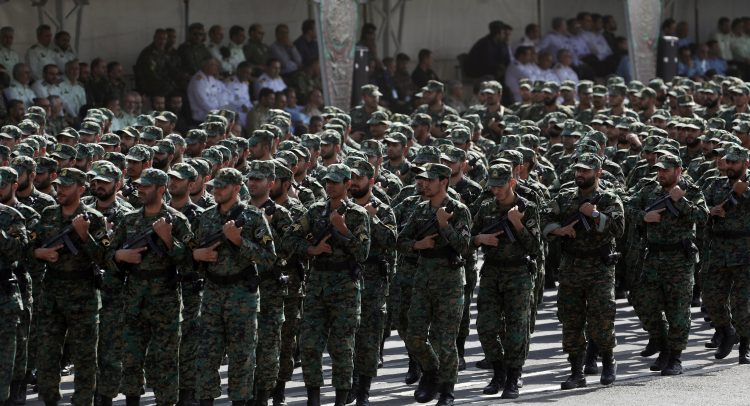 Iran hits back at US sanctions threat after arms embargo expiry

Tehran has hit back at a US threat of sanctions on anyone looking to make deals with Iran after the arms embargo on its military expired, saying Washington’s threats show the futility of US action and rhetoric on sanctions.

After a long-standing conventional arms embargo on Iran ended on Sunday despite Washington’s opposition, US Secretary of State Mike Pompeo warned of consequences for any individuals or entities that conduct arms deals with Iran.

“Pompeo’s remarks are the most important sign that not even he believes unilateral US sanctions have been successful, and no [UN sanctions] have been reinstated,” spokesman of Iran’s Foreign Ministry Saeed Khatibzadeh said on Monday.

“Iran continues to believe it can operate within the framework of international agreements. What they fear is Iran’s return to the massive market of technology and arms exports,” Khatibzadeh said, adding that Iran produces 90 percent of its defence needs locally and will mostly look to export arms rather than import them.

In an interview with state television on Sunday night, Iran’s defence minister Amir Hatami said Iran would only sell weapons to countries that it is sure “won’t misuse them” and will employ them strictly for defence purposes.

“Unlike the Americans, we wouldn’t do just about everything for money,” he said, pointing out that the US sells billions of dollars of arms to Arab nations in the Middle East that fuel wars.

The US tried to stop the lifting of the arms embargo on Iran twice at the UN Security Council.

In August, it introduced a resolution to indefinitely extend the embargo while in September it claimed it unilaterally reinstated UN sanctions on Iran, including the arms embargo.

On both occasions, the UNSC rejected the moves, saying they have no legal basis.

The 13-year ban came to an end as part of Resolution 2231 of the Joint Comprehensive Plan of Action (JCPOA), an accord signed in 2015 that gave Iran sanctions relief in exchange for curbs on its nuclear programme.

The US unilaterally withdrew from the deal in May 2018 and has since blacklisted the entire Iranian financial sector.

The expiry of the embargo means Iran will face no challenges by the UNSC in trying to buy or sell conventional weapons, which include tanks, missiles and fighter jets among others.

A European ban on arms deals with Iran, separate from the UN arms embargo, will remain in place until 2023.

“For the past 10 years, countries have refrained from selling weapons to Iran under various UN measures. Any country that now challenges this prohibition will be very clearly choosing to fuel conflict and tension over promoting peace and security,” Pompeo, who had led efforts to block the lifting of the embargo at the UN, said in a statement on Sunday.

“Any nation that sells weapons to Iran is impoverishing the Iranian people by enabling the regime’s diversion of funds away from the people and toward the regime’s military aims.”

In trying to stop the lifting of the arms embargo, Pompeo had warned that Russia, China and others could rush to sell advanced weapons to Tehran.

Main photo: The US tried to stop the lifting of the arms embargo on Iran twice in the UN Security Council [File: West Asia News Agency via Reuters]