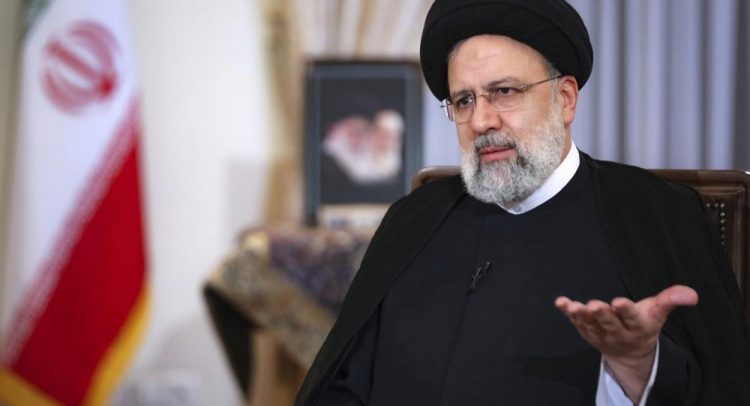 TEHRAN, Iran (AP) — Iran’s president said Monday the country is exporting twice as much oil as when he took office in August, despite heavy sanctions on oil exports imposed by the U.S.

Ebrahim Raisi made the claim in a live interview on state-run TV without elaborating, including on the amount of oil being exported.

“Oil sales have doubled,” he said. “We are not worried about oil sales.”

As a result of the war and supply concerns, oil prices have surged to multi-year highs. International benchmark Brent crude nearly touched $140 in March, increasing the challenge of enforcing sanctions. Brent was trading over $105 a barrel on Monday.

The oil windfall has been a boon to Iran’s public finances. Iran says it’s now selling billions of dollars more crude than previously despite the American sanctions.

The Central Bank of Iran issued statistics at the start of February suggesting it made $18.6 billion in oil sales in the first half of this Persian year, as opposed to $8.5 billion the same period last year, according to the state-run IRAN newspaper. Much of that oil is believed to be heading to China. Venezuela also has received Iranian tankers at its ports.

Four years ago, then-President Donald Trump withdrew America from Iran’s 2015 nuclear deal with world powers and imposed sweeping sanctions on Iran, including against its oil sector — the lifeline of its economy. Iran’s crude exports plummeted and international oil companies scrapped deals with Tehran, weakening its economy.

The nuclear deal saw Tehran drastically limit its enrichment of uranium in exchange for the lifting of economic sanctions — including those targeting its crucial oil sales.

Negotiations in Vienna on restoring the tattered deal nearly reached completion in early March but talks stalled. Negotiators have yet to reconvene in the Austrian capital. The European Union’s coordinator for the talks is expected in Tehran later this week in a last-ditch effort to break the deadlock.

Iran has made the sanctions-hit oil industry a core issue in the negotiations with the aim of reaching the point where Iranian oil is sold easily and without any barriers.

In this photo released by the official website of the office of the Iranian Presidency, President Ebrahim Raisi speaks in a live interview with state-run TV, at the presidency office in Tehran, Iran, Monday, May 9, 2022. Raisi said the country is exporting twice as much oil as when he took office in August, despite heavy sanctions on oil exports imposed by the U.S. (Iranian Presidency Office via AP)