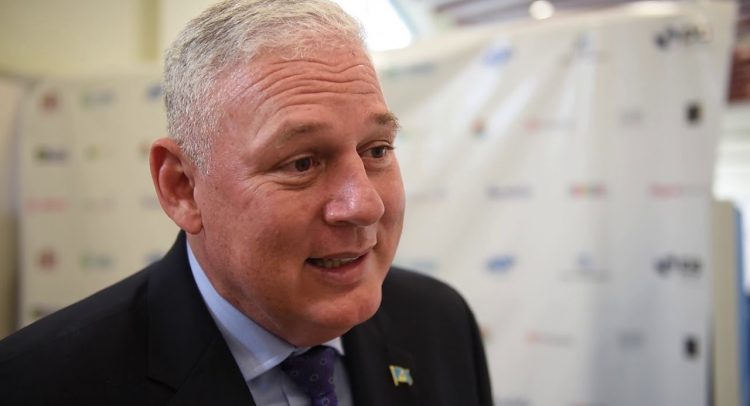 Calls are growing in and around Saint Lucia’s opposition United Workers Party (UWP) for Party Leader Allen Chastanet to make his mind up and decide if he’s coming, or going.

Chastanet embarked on a long post-election vacation within days after his party’s defeat, but while the Party Leader, Opposition Leader and MP for Micoud South has maintained online contact with the press here and abroad, he’s not yet returned to the business of leading his party at home.

He hasn’t attended parliament or taken the official Oaths of Office as MP or Opposition Leader; and despite making occasional statements from abroad and writing his successor, Chastanet’s absence is being increasingly felt – and he’s being missed.

The growing feeling among friends and members of the party’s inner family is that his vacation has gone into overtime and Chastanet hasn’t shown the verve to serve in Opposition as he did in office.

Thus, some feel, he should decide when and whether he’s returning home to lead the party, or simply handover the leadership position to someone else who will.

Two such views were stated last Friday (October 8), a former UWP Chairman and a friendly regional pollster both suggesting Chastanet should decide to either come or go.

Former UWP Chairman Raymond Flood feels his leader should at least resign (or offer to).

But he also strongly insists Chastanet should, by now, have returned from his long post-election vacation.

Flood told Saint Lucia Times Online, “As per the party’s constitution, it states clearly that any Political Leader that leads the party into an election and fails has to demit office — and that goes along with the Executive…”

He acknowledged hearing Chastanet had done so (submitted his resignation after the election), but also said he hadn’t “seen” any such letter.

However, commenting on Chastanet having missed all three consecutive sittings of the new parliament since its inaugural session on May 17, the ex-Chairman said: “If it were me as a person, I would probably have been back already…”

The ex-Chairman congratulated Choiseul-Saltibus MP Bradley Felix and UWP Senators for “holding the fort in parliament”, but held his ground on Chastanet’s absence, saying: “I still believe (that) with the additional voice of the former Prime Minister, the party will do a lot better.”

However, Barbadian Political Analyst, Peter Wickham, whose polling company advised the UWP during the last General Elections, is more direct and feels the ex-PM should simply go.

The Director of the Caribbean Development Research Services (CADRES), made that clear in an interview (also on Friday) with local talk show host Timothy Poleon (on his News Spin program on Real FM).

On the prospect of the UWP rebuilding with Chastanet at the helm, Wickham said: “I am a person that believes you should have one chance at leadership…

“If you lead a party into defeat, I believe the first thing you need to do is offer your resignation…”

And on Chastanet continuing as UWP Leader, Wickham said: “The political leadership of the UWP is probably best vested in one of the people currently in parliament, who include Chastanet.”

But, the Bajan pollster added, his “natural inclination as a political analyst” is that “In defeat, it is better to give someone else a chance.”

On the prospects of the UWP finding a new and better leader, he fresponded, “The question is whether there is the alternative talent within parliament that would be able to make this type of step…”

“But,” he added, “I don’t know that they are necessarily convinced that there is…”

Asked about the UWP’s chances at the next General Elections (constitutionally not due until 2026), Wickham suggested they “are not as bad as people think.”

But with only two MPs in a 17-seat House of Assembly today, many here see the magnitude of the UWP’s 2021 loss as the worst result it could ever have suffered since 1997, except losing in all seats contested.

No date has been set, but the UWP is planning its first post-election Conference of Delegates, where leadership positions are usually contested – and some leading members have also started laying the basis for succession following the party’s major loss in the last national poll.

Party Chairman Pinkley Francis (also a prominent local businessman), citing his acceptance that “the people have spoken”, as well as the costly effects of his related absence on his several enterprises, also on Friday confirmed formally resigning to pave the way for “someone with the time” required for the job.

And Flood, while not indicating if he’s interested in returning to the post, described Francis’ resignation as “Democracy in action.”

Meanwhile, Wickham says Prime Minister Pierre “has a reputation for being” a “pretty decent person” and “decency” characterizes his administration to date.

He told Poleon: “The idea of decency is what comes to mind when we think of how Pierre’s administration could be characterized thus far…”

The Barbadian-born Caribbean pollster concluded, “I think that Saint Lucians felt Philip J. Pierre needed to be given an opportunity to do what he has to do.”

Wickham and Poleon both offered professional services to the UWP during the last General Elections.

Poleon had also admittedly agreed to consider a run as a possible UWP candidate — in a crowded field — for the Castries South constituency against incumbent Ernest Hilaire, until he withdrew his offer.