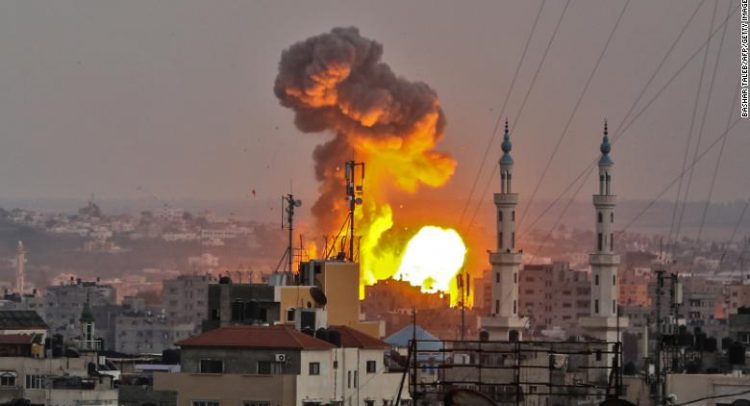 The Israeli Air Force launched a “wide-scale attack” against Hamas military targets in Gaza on Friday, according to a statement from the Israeli military.

The Israel Defense Forces said the attack was in response to a shooting attack carried out against its soldiers earlier in the day as Palestinian protesters gathered along the fence that separates Israel and Gaza.
Four Palestinians were shot and killed by Israeli forces during the weekly protest on Friday, according to the Palestinian Ministry of Health.
There is no word yet on any casualties suffered in the shooting attack on Israeli soldiers.Tension along the fence has been simmering for months, at times erupting into violence.
Recent weeks have also seen a sharp increase in arson attacks in Israel from balloons and kites launched from Gaza.
Israel has been accused of using excessive force against Palestinian protesters, an allegation its leaders have denied.
Israel claims Hamas, the militant group that controls Gaza, is orchestrating the protests, and Israel has sharply tightened restrictions on the flow of goods into the coastal enclave.

Teens Who Are Constantly On Their Phones May Be At Risk of ADHD, Study Says