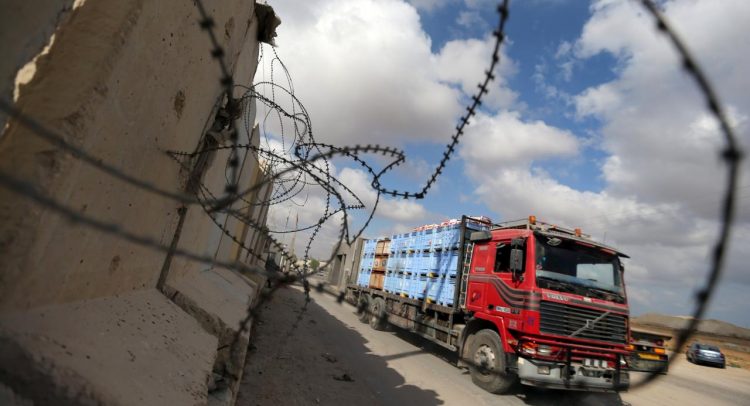 Israel allowed commercial goods back into the Gaza Strip on Wednesday, in a sign of an easing of tensions as neighboring Egypt pursued a long-term ceasefire between Israel and Hamas, the Palestinian enclave’s dominant armed faction.

But the prospect of an agreement between Israel and the Islamist group prompted concern within Prime Minister Benjamin Netanyahu’s right-wing government that Hamas would take advantage of any respite from fighting to build up its rocket arsenal.

Israel’s security cabinet, a forum of senior ministers headed by Netanyahu, discussed the situation. In a statement issued by the prime minister’s office, an Israeli “diplomatic official” said Hamas would have to prove its commitment to the truce.

As well as wanting calm along the border, Israel has said Hamas must return the remains of two soldiers killed in the 2014 Gaza war and release two civilians whose fate is unknown, whom it says are being held by Hamas in the Strip. “There will be no proper agreement with Hamas without the repatriation of our sons and citizens, and without (it) ensuring calm for an extended period,” part of the statement from the prime minister’s office said.

At Israel’s Kerem Shalom commercial crossing with Gaza, consignments of fruits and vegetables, fuel and construction material moved into the territory of 2 million people on Wednesday morning, a Reuters camera crew said.

Israel announced on Tuesday it would lift the commercial goods ban it imposed on July 9 in response to the launching by Palestinians of incendiary balloons across the frontier.

There have been fewer reports in recent days of such incidents, which have burned large tracts of agricultural land and forests in southern Israel.

Israel also expanded Gaza’s fishing zone, in waters under Israeli naval blockade, from 3 to 9 nautical miles off the southern coast and to six nautical miles in the north, the head of Gaza’s fishermen’s union said.

The Oslo interim peace accords in the early 1990s set a 20 nautical mile limit, which was never implemented. Since then the zone has ranged in size between 3 and 6 nautical miles.

“We are hoping for a big catch at nine miles now,” said Khader Baker, 25, who owns two fishing boats. “There had been almost no fish within three miles. We nearly starved.”

Prior restrictions on the import of commercial goods that Israel says could also be used for military purposes remained in effect, a Palestinian border official said. He said they included balloons and tires.

Egypt and the United Nations have been trying to broker a comprehensive truce to prevent more fighting and to ease the deep economic hardship in Gaza.

Hamas officials said Palestinian factions were in Cairo to discuss terms for a ceasefire with Israel.

Israeli Education Minister Naftali Bennett, who heads the ultranationalist Jewish Home party in the governing coalition, put Netanyahu on notice that his faction would vote against an agreement with Hamas.

“This ‘quiet’ will give Hamas total immunity so that it can rearm itself with tens of thousands of rockets,” Bennett said in a statement.

For more than a decade Gaza has been controlled by Hamas and subject to an Israeli-Egyptian blockade that has wrecked its economy, creating what the World Bank has described as a humanitarian crisis with shortages of water, electricity and medicine.

Israel says it has no choice but to enforce its blockade to defend itself against Hamas, a group that has called for its destruction.

Tesla 'to be probed by regulators' over privatisation plan