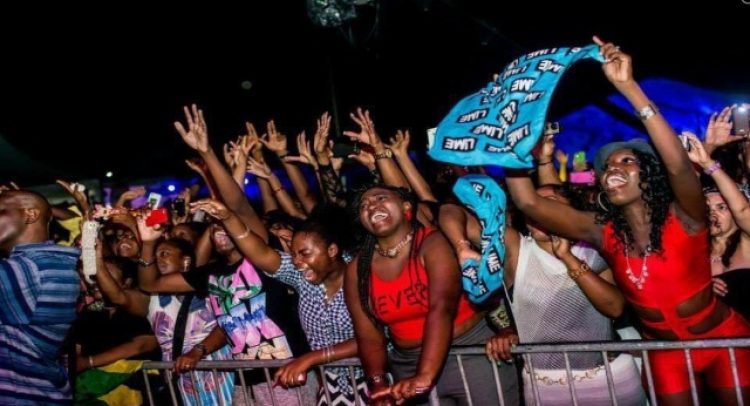 It was destined to be the greatest one, since 1996, even surpassing the epic experience of 2019.

The previews were already widespread and glowing, and the airline and hotel bookings were starting to flow into local properties.

The Release Party and announcement of the full slate of artistes and the marketing program were creating a buzz like never before.

The momentum and excitement was also building for the impressive list of Fringe Events, then…

Then came the Coronavirus. And everything changed. The St. Kitts Music Festival, Edition 24, was off… well at least for this year.

The public response was swift, with a mixture of support, diced with disappointment but yet they were understanding, given the danger of COVID-19, and the deaths already being registered in some countries.

The health officials announced the first two cases of COVID-19, on 24th March, 2020, and just like turning off a light switch, everything Music Festival went dark.

“Paramount in our considerations has been the health and safety of all citizens and residents in St. Kitts & Nevis, performing artistes, and our festival patrons,” said Lindsay Grant, Minister of Tourism, while making the announcement on March 26th 2020, to call off the event.

The lineup was unmatched. It was packed with the best in R&B, Soca, Reggae, Dance Hall and Afro-beat.

Many were already ordering their White Sands outfits, while others had their hearts set on Soca Revenge and the younger ones were preparing for the Treasure Hunt.

The fans for Jimmy Cliff, Beres Hammond, Gladys Knight and Chronixx were all hyped.

The buzz was alive about Jhene Aiko, Wiz Kid and many, (of all ages), were already looking forward to seeing the new sensation, Koffee.

Soca night was already shaping up to be the hottest with Asa Bantan, Bunji Garlin, Kollision Band, Patrice Roberts and the other great super stars booked for the three nights of concerts, from 25th to 27th June.

All was set, then came these words from Minister Grant, “With borders across the world closing, airline services cancelled, a cruise sector that has suspended services, and many communities in North America, Europe and other regions under mandatory lock down- affecting millions, we here in St. Kitts & Nevis, have decided to take action to protect the integrity of the festival.”

He added, “Our priority remains the safety and general well-being of all involved. Given the uncertainties, we have therefore concluded that it serves the best interest of all parties, to postpone this year’s St. Kitts Music Festival, from June, 24th-28th, 2020 until, June 23rd-27th, 2021.”

And the hearts sank. The double whammy of COVID-19 and no Music Festival was shocking and to this day, many have not gotten over the disappointment.

Even today, some remain with hope that something will be done.

But since the discovery of the first cases in St. Kitts and Nevis, the country has gone through a remarkable COVID-19 experience.

No deaths, No hospitalizations. No current active case of COVID-19 for over 2 months. One of the highest testings in the Caribbean. And the economy slowly re-opening.

While St. Kitts and Nevis has done well in managing COVID-19, the world is still in the midst of the pandemic.

As of Wednesday, 24th June, 2020, at 12:30 a.m., there were more than 9.2 million cases, worldwide, while the United States, which is one of the main source markets for visitors, not only for the festival, but generally, is still struggling to bring the virus under control.

As of today’s date, there were more than 2.3 million cases and over 121,000 deaths in the United States. Today, 24th June was also the third highest day for Coronavirus cases in that country.

Closer home to St. Kitts and Nevis, in Antigua, which is another major source for festival visitors, they recorded 39 new cases today Wednesday, 24th June.

So while the rest of the world remains ‘hot’, St. Kitts and Nevis has been fortunate. Both the residents and government just need to be patient and keep their borders closed and to resist all demands for a forced re-opening.

Yes, today 24th June has arrived. The time when the Welcome Fete Escape would have been staged to kick off the festival.

Wednesday would have been packed with activities, including the concert at Front Stage.

Artistes would have already been on island and the visiting media would have been present as the partying begins.

But instead, today, 24th June, 2020, the people St. Kitts and Nevis are opening their windows to a passing Saharan Plume.

Here are a few pictures of previous Music Festivals:

Maxi Priest Sends Out A Sound On ‘Cheater’ Single