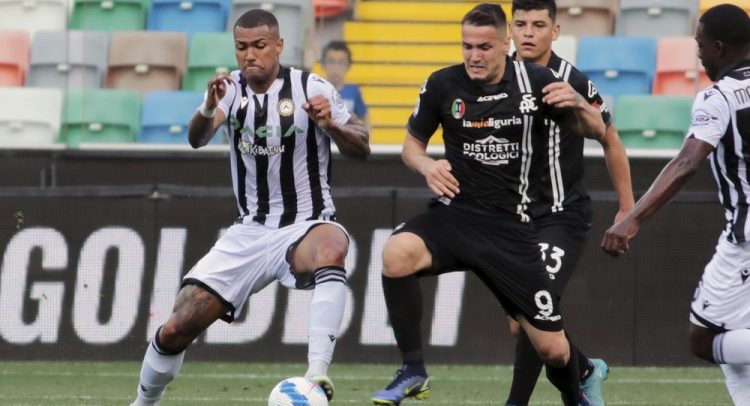 The Court of Arbitration for Sport said no date had been set for a verdict in the appeal. The Serie A club could seek a fast-track ruling in June before the offseason transfer window opens in Italy.

FIFA imposed a ban last July on Spezia registering new players during 2022 and 2023 for rule-breaking signings of youth players from Nigeria. FIFA also ordered a fine of 500,000 Swiss francs ($514,000).

The club said last year the deals were made from 2013-18 before the American Platek family bought the club in February 2021.

Spezia already served part of its punishment by sitting out the trading period in January and has since avoided relegation to ensure another season in top-tier Serie A.

With one round left, the team coached by former Italy midfielder Thiago Motta can finish no lower than 16th in the 20-team division.

Spezia’s previous owner was Gabriele Volpi, who took over a bankrupt club in 2008 and oversaw promotions from the fifth tier into Serie A for the first time in 2020.

Spezia’s Rey Manaj and Udinese’s Walace, left, battle for the ball during the Serie A soccer match between Udinese and Spezia at Friuli Stadium, Udine, Italy, Sunday May 14, 2022. (Andrea Bressanutti/LaPresse via AP)