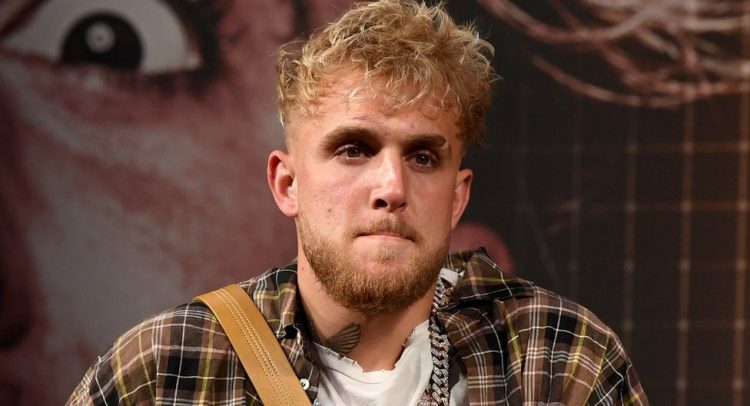 TikTok star Justine Paradise has accused YouTuber Jake Paul of sexually assaulting her at his home in Los Angeles in 2019.

Paradise alleges Paul grabbed her face and forced her to perform oral sex on him, and touched her inappropriately without consent.

She made the allegations in a 20-minute video posted on YouTube last week.

The BBC has contacted representatives for Jake Paul for comment but has not yet had a response.

Paradise said she had waited for two years to speak out because she had signed a non-disclosure agreement, something which was allegedly required of all guests who entered Paul’s home.

The pair met several times in June and July 2019, when Paradise would visit Paul’s home – known as his Team 10 house – in California. Paradise says she was introduced to Paul via a mutual friend.

On one particular day that summer, she alleges Paul pulled her into the corner of his studio and started kissing her, which she said she “was fine with… I did think he was cute”. There were other people in the studio that day to record, she says.

Paul then led her to his bedroom, according to Paradise, where they started dancing and kissing until “he took it to his bed”, and put her hands in places she did not want.

In the video – titled Triggered: Jake Paul Sexually Assaulted Me – she says she attempted to move her hands away, to which Paul allegedly replied: “If nothing’s going to happen, what’s the point?”

In her video, Paradise said: “Sex is very special and very important to me. Normally, everybody respects me when I don’t want to do sexual things, so I thought that it was fine if I went in his room. I thought it would be fine to kiss him, because I thought he would stop if I didn’t want to do anything else.”

However, Paul allegedly then forced her to perform oral sex while physically on top of her.

“He didn’t ask for consent or anything,” Paradise said. “That’s not okay. On no level at all is that okay.”

She added Paul then acted cold towards her and did not speak to her again. She says he did not apologise and stopped responding to her text messages.

Paradise said she was sharing her story publicly in an attempt to make sure Paul “realises what he did and doesn’t do it again”.

Jake Paul has more than 20 million subscribers on YouTube. He is also a rapper and professional boxer.

He has attracted controversy on numerous occasions. Last summer, amid the coronavirus pandemic, he threw a party at his home in Los Angeles.

Earlier in the year, he was charged with criminal trespass and unlawful assembly during unrest at a mall in Arizona.

Paul has not responded to Paradise’s video where she makes the allegations, which was posted on Friday.

Nevis Culturama is on for summer