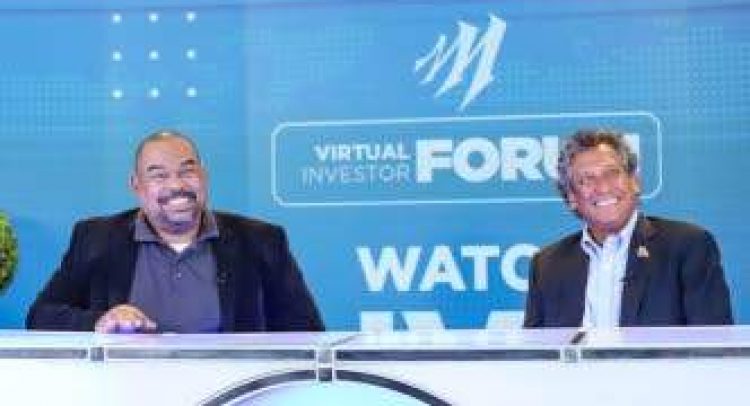 President and chief executive officer (CEO) of Jamaica Broilers Group Limited Christopher Levy is excited about the future of the company in the post-COVID-19 period, and is expecting good inventories for the upcoming Christmas season.

Levy told last week’s fourth virtual Mayberry Investor Forum that, while the company has faced several challenges in terms of maintaining the fluidity of decision-making, the board has been steadfast in amending effective protocols for these unprecedented COVID-19 times, which has shifted the dynamics of decision-making.

“Without a doubt, the Lord has blessed us and protected us through this. We have seen inventories go up and come down, in short order. However, the fundamentals of the company and the resilience that we have seen are nothing short of overwhelming,” he told the forum.

“We are very excited about the future, and we believe that the foundation of the company is strong. We have also seen very good markets in all the areas we operate in, and the people involved with us are also excited,” Levy said.

He stated that there has been a tightening in the market, while volatility and the rapid changes in the demand curve have pushed inventories up and down forcing out small farmers who have entered the market. However, he said that they remain big players, controlling about thirty per cent of the industry, and many others are returning to the industry.

“The challenge is that the time between market change and getting the processed birds to market are roughly about nine weeks. So the response has to be very quick and sensitive. I think we are going to see a relatively good production through Christmas. The inventories are looking good, there is a balance coming back into the market and that is one of the reasons why we are so optimistic,” he offered.

Levy also addressed the “tremendous stride” the group has made in its performance during the pandemic, particularly forming a COVID committee team, restructuring due to a fall-off in the demand curve; cutting ties with some key partnerships and realigning the decision-making processes.

He summed up that the results obtained by the Jamaica Broilers Group Limited are commendable, since COVID-19; however, he has higher expectations for what is to unfold in the coming months.

In an interim report to shareholders up to August 1, the Jamaica Broilers Group noted that its operating divisions are well positioned for growth, as the various economies it covers learn how to manage the pandemic and begin steps to reopening.

“This pandemic has been a sort of reset of the business, making comparisons with previous quarters challenging, but… has responded with resilience and efficiency to keep us on a solid growth path,” the interim report said.