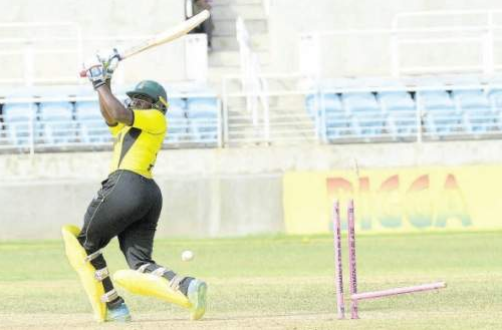 Jamaica’s Natasha McLean top-scored with 42, while Captain Stafanie Taylor, nursing a shoulder injury sustained in the fourth-round loss to Trinidad and Tobago on Saturday, added 38 as the home side posted 108-5 from its allotted 20 overs.

In reply, opener Hayley Matthews struck 30 for Barbados, but her demise left her teammates with too much to do and they were bowled out for 104 by a bubbly Jamaica unit.

Both teams ended with four wins for 12 points each, but Jamaica earned the nod thanks to the tournament guideline which utilises head-to-head record as the first tie-breaker.

Jamaica Head Coach Cleon Smith was elated with the victory.

“It’s a wonderful victory, words cannot explain because we wanted to win this championship. It was not easy because losing to Trinidad meant we had to do a lot of soul searching,” he told the Jamaica Observer during a post-game interview.

“I felt that we struggled to make 108, so if we bowled in the right areas and fielded strong then we could defend it,” Smith explained.

Jamaica skipper Taylor, who was unable to bowl due to the injury, praised the effort from the players against a Barbados side with a perfect win record heading into the encounter.

“We knew that Barbados would not just roll over and say ‘take it’ because they’ve been playing good cricket. We knew how important this game was…I think we did really well,” she said.

Earlier, Jamaica won the toss and opted to bat first for the first time in the tournament.