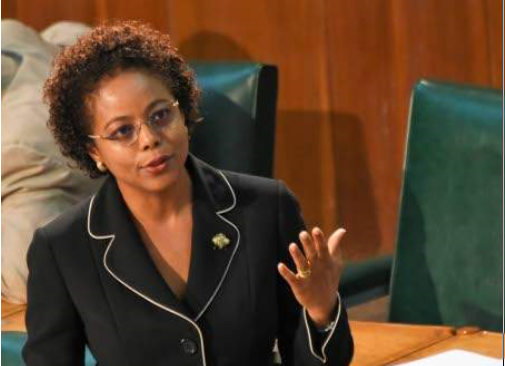 ATTORNEY General Marlene Malahoo Forte says $462,092,000 has been approved for the payment of judgement debts for the current financial year.

“If the amount provided is insufficient, we will again seek additional funds with a view to satisfying the obligations that arise in the course of this financial year,” she said.

She was making her contribution to the 2018/19 Sectoral Debate in the House of Representatives on Tuesday.

Malahoo Forte informed that, as at the end of May 2018, payments amounting to just under $78 million were made to claimants.

Just over $1.3 billion was paid out by the Government for judgement debts for the 2017/18 financial year.

“With the exception of interest liability, this covered the entire amount due as at the end of March 2017,” Malahoo Forte informed.

She said that the chambers will continue to intensify efforts to work with the police to reduce liability, as the majority of the payments made for financial year 2017/18 resulted from claims arising out of police actions.

These include constitutional redress, false imprisonment, malicious prosecution, assault and battery and unlawful seizure of property, which constituted approximately 52 per cent of payments.

Medical negligence claims accounted for nine per cent of payments; accidents, 25 per cent and personal injury matters, 14 per cent.

Nurse bailed after being arrested on suspicion of murdering eight babies

West Indies beat Bangladesh by an innings and 219 runs