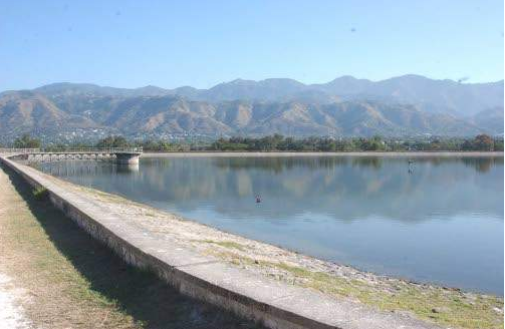 Jamaica: NWC, concerned, but not yet alarmed at decreasing water levels 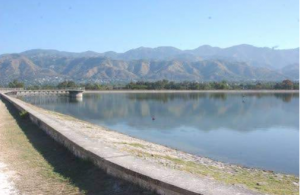 The island’s water management agency has expressed concern about the rate of decrease in the water level at the Hermitage dam. However, the State agency says it is not yet at the point of voicing alarm.

Yesterday, the National Water Commission (NWC) stated on its social media page that the Hermitage dam was at 48.9 per cent of capacity, down from 50.1 per cent on Monday, and 55.5 per cent last Friday.

The dam has the capacity to hold just over 400 million gallons of water, while the Mona reservoir has an 809 million-gallon capacity.

According to Charles Buchanan, the NWC’s communication manager, the decrease is not alarming, as there have been major slides in water levels at the storage facilities in previous years.

“It’s certainly not the first time that the Hermitage dam has fallen to these levels. We have gone much lower actually, but it is a bit concerning, the rate of decline that we are experiencing and when that is combined with the negative projections that the meteorologists are giving, that we might not be receiving significant rainfall over the course of the rest of the summer or the next few months, then the National Water Commission is indeed a little concerned,” Buchanan told the Jamaica Observer, adding that a mechanism is in place to mitigate the negative effects of a further water level decrease.

In 2015, water levels in the Mona reservoir and Hermitage dam decreased to 34 per cent and 45 per cent, respectively.

Buchanan pointed out that the decline at the dam is more than the NWC expected.

“Admittedly, the rate of decline is greater than what we would want and we have been seeing a situation where, over the course of the last few weeks we are having a decline of anywhere from a half a percentage point to a one percentage point, and we would much prefer if it were at a position where the levels were stable or even better or rising,” Buchanan said yesterday.

He said the heat and drought that have been affecting sections of St Mary and Portland are the contributing factors to the decline in water levels.

Meanwhile, head of the weather branch at the Meteorological Service Kareen Gourzong said the presence of the Saharan dust across the central Caribbean is linked to the drought in some parishes, including sections of St Catherine, Clarendon, and Portland.

Luxury … chickens? Why businesses are flocking to fancy poultry