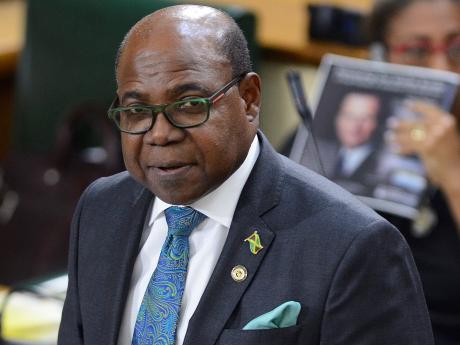 Tourism Minister Ed Bartlett says Jamaica surpassed the two million mark at the end of last month, making it the first time Jamaica has welcomed that many visitors before the half way mark in a calendar year.

According to Bartlett, this has resulted in earnings of close to US$2 billion.

“The team tells me that by July we will clear the US$2 billion in earnings from tourism in Jamaica,” he said yesterday.

The tourism minister was speaking in the House of Representatives before lawmakers passed what has been described as a landmark bill to create a pension scheme for persons employed in the tourism industry.

The scheme will benefit the nearly 350,000 full-time, part-time, self-employed and contract workers across the industry.

“This will benefit the craft vendors, the JUTA taxi drivers, the raftsmen and the red caps at the airports,” Bartlett told The Gleaner.

He says with the level of earnings that tourism-dependent countries like Jamaica derive from tourism governments must take greater responsibility to ensure that there is a “greater sense of equity” for employees across the industry.

“And to reduce the imbalances that the inequities are causing,” he added.