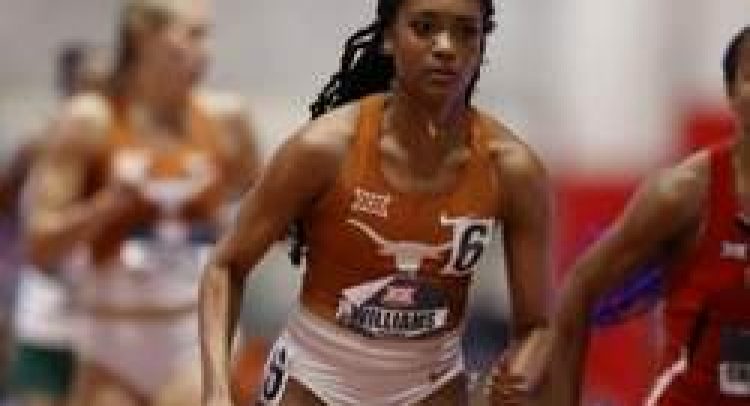 Jamaicans continue to do well at NCAA Div 1 Championships

Jamaicans Damion Thomas of Louisiana State University (LSU) and Phillip Lemonious of the University of Arkansas will go head to head in the final of the 110m hurdles on today’s third day of the National Collegiate Athletics Association (NCAA) Division One track and field national championships at the University of Oregon’s newly refurbished Hayward Field in Eugene, Oregon.

The University of Iowa’s Wayne Lawrence failed to get to the 400m final but led his team to the final of the 4x400m relay after running a strong anchor leg in the semi-finals.

Thomas, a senior and the World Under-20 champion and NCAA Indoor 60m winner, appears to be over his mid-season and ran a controlled 13.47 seconds (0.2m/s) second only to Lemonious’ personal best 13.43 seconds (0.2m/s) in Wednesday’s semi-finals, both men winning their respective races.

Lafranz Campbell of Clemson University was 17th overall with 13.90 seconds (0.2m/s) and failed to advance.

Ledgister, who is known for stepping up when the occasion demands it, was the sixth best after the semi-final round where he ran 49.82 seconds but has run faster this year, his best being 48.79 seconds in the first round at the West Regionals two weeks ago.

Bailey was the eighth qualifier of the nine finalists, only getting into the final thanks to a frantic finish on Wednesday when he was third in his heat in 45.74 seconds, but Lawrence’s 45.94 seconds was not good enough.

Also yesterday, Asani Hylton of Stephen F Austin University abandoned the decathlon after eight of the 10 events where he was well set to surpass his previous personal best score of 7,536 points.

Hylton was on 5,555 points but failed to score in the pole vault and did not show up for the javelin throw.

In the women’s events yesterday, Ackera Nugent advanced to Saturday’s final in both the 100m hurdles and 100m where she is joined by Kemba Nelson after the semi-finals.

Nugent, the Baylor freshman, won her heat in the sprint hurdle, running 12.84 seconds (-0.5m/s) but Daszay Freeman of the University of Arkansas failed to advance, as she was 11th overall with 12.95 seconds (-0.5m/s) and Trishauna Hemmings of Clemson failed to finish her race.

Both women also ran on their respective 4x100m relay team that also advanced to the final.

Both Stacey Ann Williams of the University of Texas and Cherokee Young of Texas A&M advanced to the final of the 400m as well.

Williams was an automatic qualifier after taking second in her heat behind Athing Mu of Texas A&M, running 50.75 seconds, while Young advanced on time despite being fourth in her heat in 51.29 seconds.

Meanwhile on Wednesday, Carey McLeod of the University of Tennessee placed third in the long jump with 7.94m (0.2m/s) and will be back in action in the triple jump today were he will join five other Jamaicans.

Kyle Mitchell of Liberty University finished 14th in the men’s shot put with a best of 18.63m.

Harris to tout child care funding and payments to families

Autopsy performed on the body of James Shuford Jr.