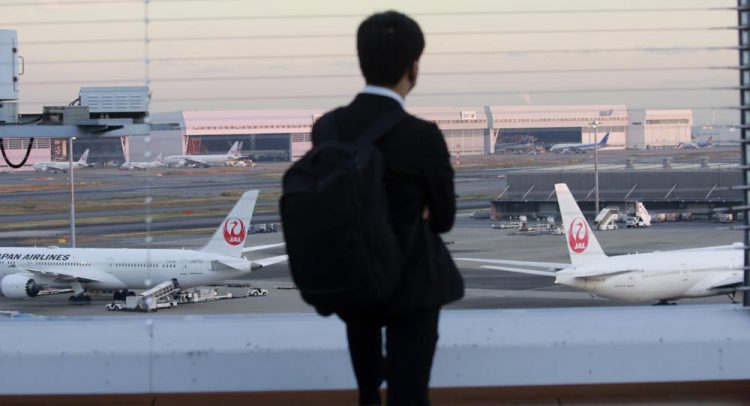 TOKYO (AP) — Japan has asked international airlines to stop taking new reservations for all flights arriving in Japan until the end of December as the country further tightens its border controls against a new coronavirus variant, the transportation ministry said Wednesday.

It said the request is an emergency precaution amid growing concern over the spread of the new omicron variant.

Those who have already made reservations are not affected, although flights may be canceled if there are insufficient passengers, the Ministry of Land, Infrastructure, Transport and Tourism said. Transit passengers are also unaffected, it said. Japan is a major transit hub for flights to and from Asia.

The move comes as Japan confirmed a second case of the omicron variant in a person who arrived from Peru via Doha, one day after it reported its first case in a Namibian diplomat.

The second patient, who was fully vaccinated, tested positive for the coronavirus upon arrival on Sunday and was isolated while genetic sequencing was conducted. He was initially asymptomatic but has since developed a fever and sore throat, officials said.

All the remaining 114 passengers on the flight tested negative and are being monitored by health authorities, most of them at a government-designated facility.

Japan banned all foreign visitors starting Tuesday. Prime Minister Fumio Kishida said the step is an emergency precaution against the new variant. The ban tentatively extends through the end of the year. The government is also requiring Japanese citizens arriving in the country to quarantine for up to 14 days.

The World Health Organization warned Monday that the global risk from the omicron variant is “very high” based on early evidence, saying it could lead to surges with “severe consequences.”

Much remains unknown about the new variant, including whether it is more contagious, as some health authorities suspect, whether it makes people more seriously ill, and whether it can thwart the vaccine.

Narita International Airport Corp., which operates Japan’s main international airport near Tokyo, said it isn’t aware of any immediate changes in flight arrivals in response to the announcement.

The decision was a disappointment for people who were planning trips during the holiday season, including Japanese citizens living overseas hoping to return home for the New Year period.

Many people on social media criticized the measure as too strict, and one compared it to Japan’s feudal-era national isolation policy.

Japan had been easing social and economic activities after infections rapidly slowed since September.

Japan’s initial vaccination drive kicked off in mid-February and some medical workers who received shots more than nine months ago are now eager to get additional protection ahead of a possible new wave of infections.

A group of nurses and doctors received booster shots at the Tokyo Medical Center.

“It’s an important first step for our patients and their families to be treated with a sense of safety,” said hospital chief Kazuhiro Araki.

Even though the efficacy of vaccines against the new variant is still being examined, booster shots are important, Araki said, because the vaccines remain effective against other strains of the virus, including delta, which put heavy pressure on Japan’s health care systems this summer.

Those who received their second shot eight months ago are eligible for a third shot to prevent breakthrough infections. Eligibility may be shortened to six months if there is a resurgence of infections, officials said.

Japan’s vaccination rollout got off to a slow start but surged from late May, and now about 77% of the population has been fully vaccinated — a main reason experts cite for Japan’s steady slowing of infections since September.

Booster shots for elderly people, who received their initial inoculations starting in April, are expected to begin in January.

A man looks at Japan Airlines planes parked at Haneda international Airport in Tokyo, on Nov. 29, 2021. NHK TV said Wednesday, Dec. 1, that Japan will suspend new reservations on all incoming flights for a month to guard against new virus variant. (AP Photo/Koji Sasahara)