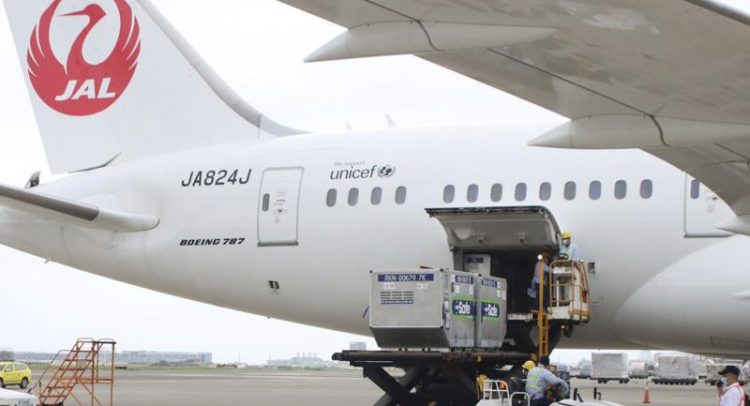 Japan to ship another 1.1M AstraZeneca doses to Taiwan

TOKYO (AP) — Japan is set to send another 1.1 million donated AstraZeneca doses to Taiwan this week to help the self-governing island fight its worst COVID-19 outbreak amid a struggle to get vaccines.

Taiwan, which had only a handful of deaths before the latest outbreak, has seen its death toll spike to more than 700. The number of daily new cases has eased, with authorities reporting 29 on Tuesday and 17 more deaths.

Many countries are struggling to get vaccines as manufacturers face delays in scaling up production quickly. Taiwan has blamed China for interfering in its effort to buy vaccines. The self-governing island is developing own vaccines but approval is still pending.

Japan, with its home-developed vaccines still uncertain, is inoculating its own citizens with foreign Pfizer and Moderna doses but has no immediate plan to use AstraZeneca’s, which are produced in Japan under a licensing deal.

Under bilateral arrangements, Japan has donated 1 million doses of AstraZeneca vaccine each to Vietnam, Indonesia and Malaysia. Similar shipments are planned for Thailand and the Philippines later this month.

That is part of Japan’s pledge last month to donate 30 million doses of vaccine through COVAX and other channels.

Tokyo’s donations to Taiwan also signal its support for the island as China increases its pressure on the territory it claims as its own. Japan has no official diplomatic ties to China under the one-China policy, but it has economic ties and increasing security ties.

Motegi on Tuesday stressed Japan’s friendship with Taiwan and renewed his appreciation for Taipei’s support to Japan during the 2011 tsunami disaster.

FILE – In this June 4, 2021, file photo released by the Taiwan Centers for Disease Control, workers unload vaccines from a plane from Japan at the airport at the international Airport in Taoyuan, Taiwan. Japanese Foreign Minister Toshimitsu Motegi said Tuesday, July 6, 2021, that some 1.1 million doses of AstraZeneca vaccine is set for shipment on Thursday as the self-governing island, scrambles to get vaccine to fight its worst outbreak of the pandemic. (Taiwan Centers for Disease Control via AP, File)