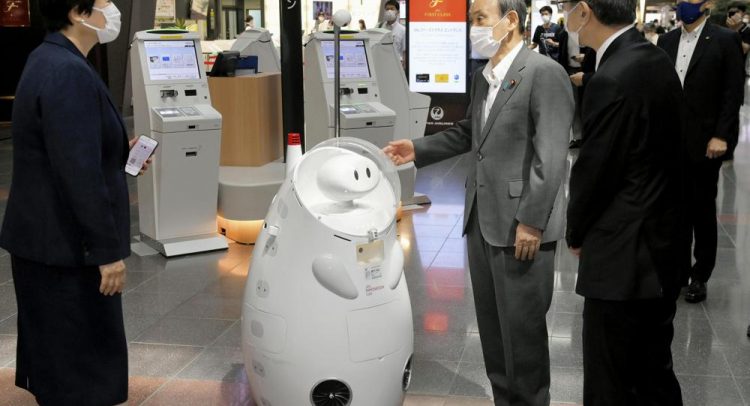 A Ugandan team member, reportedly a coach, tested positive on Saturday at Tokyo’s Narita airport and was quarantined there. But the rest of the nine-person team was allowed to travel more than 500 kilometers (300 miles) on a chartered bus to their pre-Olympics camp in the western prefecture of Osaka.

Three days later, a second Ugandan also tested positive for the virus, forcing seven town officials and drivers who had close contact with the team to self-isolate. The team members were quarantined at a local hotel.

Concerns escalated after it was announced that both Ugandans had the delta variant of the virus, which is believed to spread more easily.

In response to criticism of the case, Suga rushed to Tokyo’s Haneda international airport to inspect virus testing for arrivals and vowed to ensure appropriate border controls as growing numbers of Olympic and Paralympic participants enter Japan ahead of the July 23 opening of the games.

Chief Cabinet Secretary Katsunobu Kato later Monday said Japan plans to step up quarantine requirements for Olympic athletes and other participants from areas where the delta strain has been detected by requiring daily virus tests for seven days prior to departure to Japan — extended from the current four days —and up to 14 days after entry and training in isolation in the first three days.

“Apparently the border controls are not adequate, even though there has been plenty of time to work on them,” he said.

Osaka Gov. Hirofumi Yoshimura said the entire team should have been quarantined at Narita airport.

Government officials initially defended the airport health controls as having properly detected and isolated the positive case, and said that contact tracing and isolation of those suspected of having had close contact was not their job but that of local health officials.

“No matter what measures you take, infected people would come in and it is unavoidable,” Japanese Olympic Committee President Yasuhiro Yamashita said at a news conference in Tokyo.

“Strict border control at airports is extremely important,” Yamashita said, urging the government to do more instead of pushing all the responsibility of contact tracing on local authorities.

Experts have noted a significant increase in the movement of people in Tokyo and other metropolitan areas since the easing of a state of emergency on June 21 and warned of signs of a resurgence of infections in the Tokyo region.

Tokyo on Monday reported 317 new cases, up from 236 from a week earlier, the ninth consecutive day of week-on-week increases, with an increase in cases of the delta variant. That could accelerate the resurgence to levels that might require another state of emergency during the Olympics, experts said.