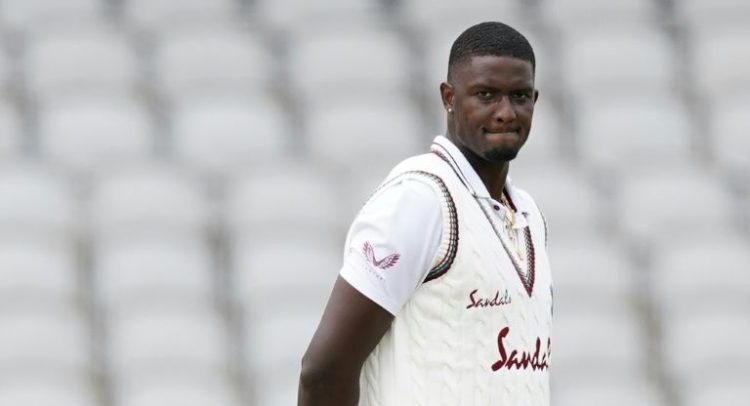 Jason Holder, West Indies’ captain, has expressed his disappointment that the gesture of taking a knee before each match of their Test series against England this summer, in solidarity with the Black Lives Matter movement, was discontinued for the subsequent visits of Pakistan and Australia, and overlooked for this year’s IPL.

Holder was speaking to the Cricket Writers’ Club after he and his West Indies team were this year’s recipients of the prestigious Peter Smith Award – an annual honour which recognises outstanding contribution to the presentation of cricket to the public – following their efforts in ensuring that England’s international season was able to take place in spite of the Covid-19 outbreak.

Holder himself was also singled out for particular praise in the club’s citation for “conducting himself with grace on and off the field, speaking eloquently on race and racism and the need for education and unity, during a period of turbulence precipitated by the death of George Floyd in Minneapolis.”

A significant aspect of the response came in the gesture of taking a knee, which occurred on the first day of each of the three West Indies Tests, and was also continued for England’s subsequent white-ball series against Ireland, as well as West Indies’ women’s five-match T20I series later in the summer.

However, the gesture was not a part of the Test series against Pakistan, or Australia’s white-ball tour. That oversight drew a strong rebuke from Michael Holding, the Sky Sports commentator, who condemned the reasoning offered by the respective boards as “lame”, and Justin Langer, Australia’s coach, subsequently acknowledged that his team “should have thought and talked a bit more about it”.

“I was following a little bit of what Michael Holding was saying regarding the Pakistan and Australia tours, which followed ours,” Holder told the CWC website. “It’s difficult to be able to get people to see the importance of it, and that’s where the education has to be filtered through.

“I personally was a bit disappointed to see how the Pakistan and Australia tours went on after us and they’re not showing their solidarity. But it’s a long debate, a long hard challenge, a long road, we as people need to continue to come together, put our minds together and genuinely find ways to fix the inequalities in the world.

“It’s not an overnight fix, this is something that is going to be ongoing for maybe a number of years. But I think the most important thing is that we need to come together, we need to see each other as all equal human beings and treat each other that way, and be your brother’s keeper in this world.”

Holder is currently in the UAE, where he is part of the Sunrisers Hyderabad squad in this year’s IPL. However, there has been no recognition of the Black Lives Matter movement at any stage of that competition, either, a situation which he acknowledged was “sad”.

“To be honest I haven’t had one conversation up here around it,” he said. “Sometimes it seems it has gone unnoticed, which is a sad thing. I guess it’s for us to re-highlight the importance of it, for people to understand what is happening in the world.

“Covid has obviously caused a lot of attention around it, there’s suddenly a lot of attention on the elections in America as well, too. But for us, particularly as black people in the Caribbean, a black-dominant society, it’s for us to continue the education.

“Cricket West Indies has done an excellent job in continuing awareness of it. The women had a series in England where they wore the Black Lives Matter logo and continued to push the movement as well.”