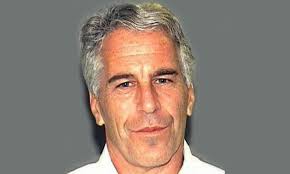 Wealthy US financier and friend of the powerful, Jeffrey Epstein, has been formally charged in New York with running “a vast network” of underage girls for sex.

The indictment alleges he enticed minors to visit his Manhattan and Florida mansions between 2002 and 2005.

According to the charges, the girls, some as young as 14, were given hundreds of dollars for sex acts.

Epstein is expected to plead not guilty to the charges.

The 66-year-old hedge fund manager was arrested on Saturday at Teterboro Airport after arriving from France on his private jet.

He is due to appear in court. Reports suggest he could remain in custody until a bail hearing on Thursday.

What does the charge sheet say?
The indictment alleges Epstein knew his victims were under 18.

Often they would be invited to carry out a massage nude before being subjected to sexual abuse, it says.

The accused “also paid certain of his victims to recruit additional girls to be similarly abused”, the document alleges.

He conspired with others “including employees and associates” who helped schedule encounters at his Manhattan mansion and Palm Beach residence, it is alleged.

Epstein has maintained that he believed the girls were at least 18 and that the encounters were consensual.

What about previous allegations?
Epstein, once a friend of Prince Andrew, former US President Bill Clinton and President Donald Trump, was previously accused of abusing dozens of teenage girls between 1999 and 2007.

But he reached a plea deal to avoid federal sex trafficking charges in the case.

He instead pleaded guilty in 2008 to lesser Florida state charges of soliciting and procuring a person under the age of 18 for prostitution.

He spent 13 months in jail and registered as a sex offender, avoiding a possible life sentence.

Earlier this year, a Florida judge ruled that federal prosecutors broke the law by not informing Epstein’s victims of the plea deal at the time.

Judge Kenneth Marra is currently deciding whether the non-prosecution agreement that protected Epstein from the more serious charges should still stand.

Following the ruling, the White House said it was also “looking into” Labour Secretary Alexander Acosta’s role in the plea deal, which he approved in his previous role as a US attorney.

Epstein in December deprived his alleged victims of the chance to testify against him for the first time by reaching a last-minute agreement to settle a civil lawsuit.

What is Epstein’s background?
As a young man, New York-born Epstein taught mathematics and physics at Manhattan’s private Dalton School.

He moved into finance in 1976, working as an options trader for investment banking company Bear Stearns. Within four years, he was made a limited partner.

He then went on to found his own financial management firm J Epstein & Co, reportedly managing the assets of clients with more than $1bn (£798m) in net worth.

In 1996, he changed his company’s name to The Financial Trust Co and based it in the US Virgin Islands for tax purposes.

His lavish lifestyle, along with the secrecy surrounding his client list and other details of his business, earned Epstein a reputation as a mysterious moneyman.

One Wall Street insider described him to New York Magazine in 2002 as a “Gatsbyesque figure”.

“I’ve known Jeff for 15 years. Terrific guy,” Mr Trump was quoted as saying in the New York Magazine profile. “He’s a lot of fun to be with. It is even said that he likes beautiful women as much as I do, and many of them are on the younger side.”

Along with his wealth and high-profile friends, Epstein built a reputation as a philanthropist.

In 2003, he hit headlines for making a $30m donation to Harvard University for the founding of a mathematical biology and evolutionary dynamics programme.

Reports of his current wealth vary, with his Virgin Islands-based firm generating no public records.

According to Florida court records, cited by NBC News, Epstein also maintains properties in the US Virgin Islands, Paris and Mexico.