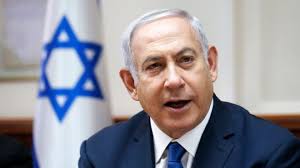 Israel’s parliament has passed a controversial law characterising the country as principally a Jewish state, fuelling anger among its Arab minority.

The “nation state” law says Jews have a unique right to national self-determination there and puts Hebrew above Arabic as the official language.

Arab MPs reacted furiously in parliament, with one waving a black flag and others ripping up the bill.

“A hundred and twenty-two years after [the founder of modern Zionism Theodore] Herzl made his vision known, with this law we determined the founding principle of our existence,” Benjamin Netanyahu said.

“Israel is the nation state of the Jewish people, and respects the rights of all of its citizens.”

However, the law risks further alienating Israel’s large Arab minority, who have long felt discriminated against.

What does the law say?

Called The Basic Law: Israel as the Nation State of the Jewish People, the legislation essentially defines Israel first and foremost as a Jewish state.

It also reiterates the status of Jerusalem under Israeli law, which defines the city – part of which is claimed by the Palestinians as the capital of a future state – as the “complete and united… capital of Israel”.

Controversially, the law singles out Hebrew as the “state’s language”, effectively prioritising it above Arabic which has for decades been recognised as an official language alongside Hebrew.

It ascribes Arabic “special status” and says its standing before the law came into effect will not be harmed.

In one of its clauses, the law stresses the importance of “development of Jewish settlement as a national value”, though it is unclear whether this also alludes to settlement in the Israeli-occupied West Bank.

Hungary follows US in pulling out of UN migration pact