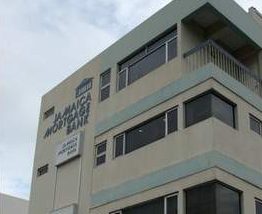 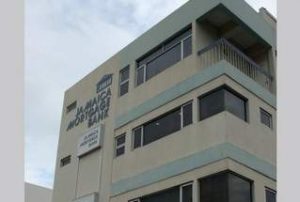 Jamaica Mortgage Bank (JMB) General Manager Courtney Wynter says the performance inefficiencies highlighted by the Auditor General’s Department (AGD) in a December 2016 report to Parliament have been significantly mopped up, as among other improvements, the bank now has an eight per cent non-performing loan stock compared to 68 per cent between 2010 and 2016.

Answering questions at the Public Accounts Committee (PAC) of Parliament yesterday, Wynter said the JMB had overhauled its risk assessment processes, and hired more technical staff, in bringing its stock of non-performing loans down from $1.5 billion in 2010, to $700 million at the end of 2017.

He advised that the bank expects to have those arrears reduced further to $460 million by March 31, based on an agreement which it has secured with its largest debtor.

Wynter defended the relevance of the JMB, which was set up as a statutory institution 46 years ago to finance affordable housing to Jamaicans by lending to developers and mobilising resources for onlending to other financial institutions.

He said that since 2009 the entity had signed off on 27 housing development projects totalling $4.6 billion, 17 of which are completed and fully paid up, while another five are under construction. He stressed that the remainder represents only eight per cent of the loan portfolio, compared to the 68 per cent at the time of the performance audit.

“We have ensured that we are maximising the funds that we have to ensure that Jamaicans get houses in Jamaica,” Wynter said. “If you look at the total housing starts in Jamaica since 2003 that are related to Government, Jamaica Mortgage Bank is still responsible for 39 per cent of those housing starts.”

The AGD probe had also found gaps in the JMB’s loan approval standards, such as a $77.1-million land loan which it said the bank approved in 2015 for a development in Clarendon, without proper due diligence, and that the developer had failed to repay. Wynter told the committee that the JMB expects to make full recovery from sale of security, but admitted that the bank had not done enough risk assessment.

“I do agree that we could have done a little more due diligence on the developer himself,” Wynter said, but explained that the bank had done some level of investigation, which led to the management’s decision to move ahead with the acquisition.

According to the report, the board had decided that “time was of the essence” in completing the transaction. The property remains undeveloped, but yesterday Wynter said the JMB is still trying to dispose of it although the borrower had previously “prevented” the bank from taking that action. According to the AGD, the developer’s collateral was appraised at just $235 million in July 2014, but there had been a subsequent 45 per cent devaluation in the security.

In its response to the report, JMB had indicated that its non-performing loans are sufficiently collateralised, but the AGD insisted that even if the assets are disposed of, the bank may not realise the full value of the loans.

Committee chairman Mark Golding pointed to concerns raised by the AGD about the significant risk involved in JMB lending, both for land acquisition and development, after the probe found that one such facility extended for a development on 255 acres of land in Discovery Bay, St Ann for housing had led to bad debt in the region of over $176 million as at March 2016, and non-development.

“Your policy suggests that the normal approach is that you don’t approach the financing of lands… if you’re financing the purchasing of the property and you’re lending the development money all the upside risk belongs to the developer and all the downside risk belongs to you,” Golding said. “The record shows that from time to time you did do this and often it became problematic, and often it was done in a hurry — which in lending is typically a red flag, indicating that it’s probably not worth doing.”

Wynter explained that despite the default, the bank felt this was still “an excellent” project, but that the borrower had been critically ill. “We had recognised that in that particular area that there was a need for this type of housing,” he said, explaining that the bank is in the process of disposing of the property.

40,000 displaced Yemenis without aid in Aden