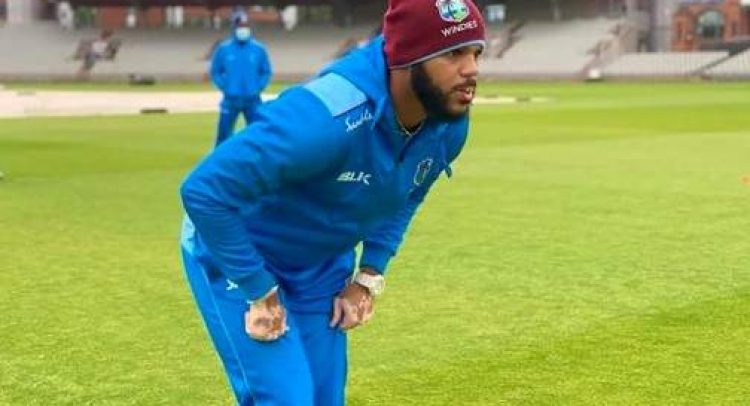 The West Indies tour to New Zealand could provide batsman John Campbell the chance to establish himself as a Test cricket opener after a dismal series versus England in the summer.

The left-hander tallied only 84 runs in six innings at an average of 16.8 as the visitors lost the three-Test series 1-2.

Having got the nod of the selectors for the two Tests in New Zealand, the 27-year-old Jamaican is keen to repay the faith put in him.

“I have to show character,” Campbell told the Jamaica Observer on Wednesday.

“I didn’t have the best of times in England, but that’s history. I can’t really dwell on what happened…it was way below my standards and international standards, but it happens. Now it is about how I’m going to come back from it,” he said.

In England, Campbell, at times playing across his front pad, was twice dismissed leg before wicket.

On two other occasions, he went edging behind, while in the first innings of the final Test he was caught for his series-best knock of 32 when fending a short delivery.

Campbell, scheduled to leave for Barbados on Sunday before players and officials set off for New Zealand on Tuesday, said he has been working out the kinks under the supervision of Jamaican coaches Andre Coley and Nikita Miller.

“I’m pretty confident going into the tour, even though the most recent tour for me wasn’t the best. I’ve put in some work over the past few weeks on areas that needed to be [fixed]. I’ve been working pretty hard with the coaches, and I’m trusting the process.

“It’s basically about watching the ball for as long as possible, and getting in good positions to access the ball. I think I was off balance while I was [batting] in England, so I’ve been working hard getting my balance right and my weight right going into the shots,” the opening batsman explained.

West Indies are also scheduled to play three Twenty20 (T20) matches on the proposed November 27 to December 15 tour. Campbell is not a member of the T20 squad.

The dashing shot maker has endured a tough start to his Test career, averaging a modest 25.46 in nine matches with a lone half-century.

Campbell, who has experience playing in New Zealand as a West Indies Under-19 representative, does not expect the task to get any easier.

“In international cricket there is no easy opponent. When you get to that level, players have a lot of experience and a lot of skill, so I’m expecting another big challenge.

“I know it won’t be easy, but New Zealand is a place where if you spend time at the crease you will score runs. I’m definitely looking to spend time and to score big runs,” he told the Observer.

“I’ve been given another opportunity and I’m definitely looking to make full use of it. I’m just looking to finish off this calendar year well. It doesn’t make any sense me being too hard on myself because that will only put more pressure on me, which won’t help,” Campbell continued.

In Asia next week, Pompeo expected to bolster allies against China