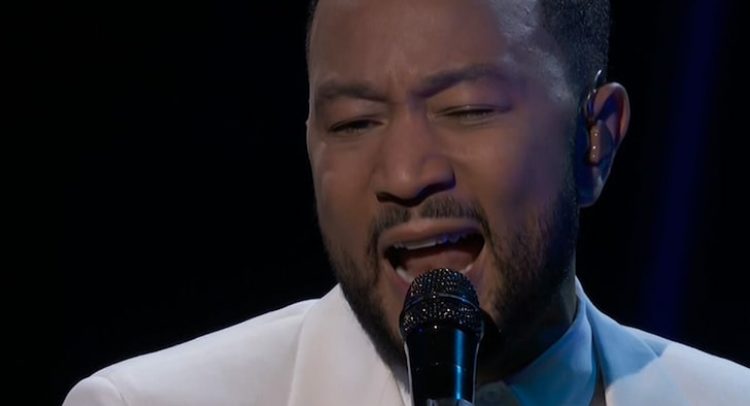 John Legend’s first time onstage since he and Chrissy Teigen’s third child died — moments after a premature birth — was as moving and heartwrenching as you’d expect.

John performed “Never Break” Wednesday night for the Billboard Music Awards at the Dolby Theatre in Los Angeles. He lovingly dedicated the performance to Chrissy, after host Kelly Clarkson sent love to her and John.

Kelly explained how both John and Chrissy “have this warm way of inviting us into their world, the highs and the lows,” and then claimed this performance as possibly her favorite of the night. Easy to see why after watching him perform this moving ballad.

John and Chrissy shared the heartbreaking news last month that the baby they named Jack had passed due to complications that included severe bleeding from the placenta.

The couple had been very open with fans, sharing everything from the moment doctors put Chrissy on bed rest, and even once she had to be admitted to the hospital to get blood transfusions.

Since revealing the heartbreaking news, the couple’s taken time to themselves to mourn as a family … with their kids, Luna and Miles. No one would’ve blamed John if he’d skipped the Billboard performance, and the fact he did it was a powerful tribute to Jack.

As Chrissy said last month, “We will grieve, we will cry our eyes out. But we will hug and love each other harder and get through it.”