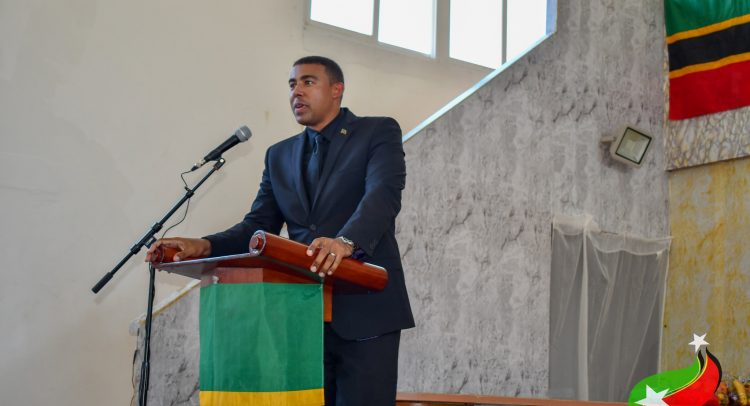 Basseterre, Wednesday, 15th September, 2022, (My Vue News. com)-After 39 years of political independence, there are signs that the new St. Kitts & Nevis Government is seeking to review the constitution of the twin-island nation, which became a sovereign state in 1983.

Attorney General, Garth Wilkin said in a social media post on Thursday, 15th September, 2022, that the “Government has agreed to start a Constitutional review process suitable to a forward-thinking Federation.”

He added, “In this regard, as a first step, the Attorney-General’s Chambers has agreed to set up a Joint Constitutional Review Committee (“JCRC”) with the Legal Department of the Nevis Island Administration.”

During the past 3 decades, there have been calls for constitutional review, especially to strengthen the system of good governance, to help create a more transparent and democratic nation.

Wilkin said he is of the view that “As we celebrate our Independence, it is also a time to reflect on the fact that our 1983 Constitution was constructed in consideration of the economic and political realities of our Federation 39 years ago. As we now refocus, it is time to re-create and redesign our Constitution to suit the realities of a modern society.”

The Attorney General explained that the JCRC will be tasked with re-creating and redesigning our Constitution to create the most equitable solution for the economic and political tribulations between our beautiful Twin Islands.

The next generation deserves to benefit from our proactivity on these issues today, stated Wilkin.

It is Wilkin’s view that in the long term, the JCRC will bring to the People of St Kitts and Nevis our proposals for a brighter and less contentious future for our respective Islands.