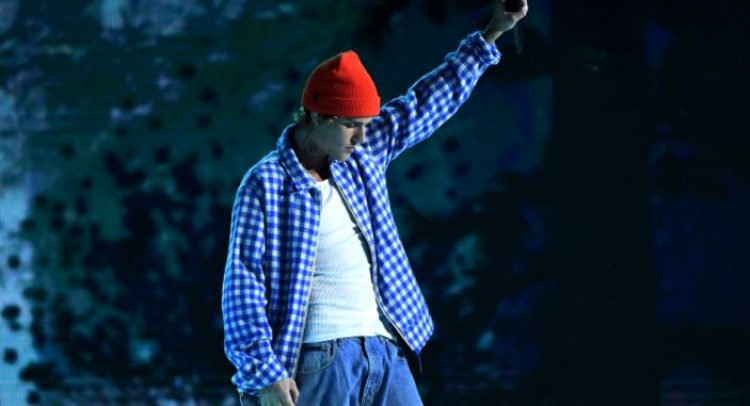 Justin Bieber scored four Grammy nominations, but objects to their “strange” categorizations, arguing that his new music is R&B — not pop.

Bieber, who on Sunday performed his new song “Monster” with Shawn Mendes at the American Music Awards, reacted in an Instagram statement. “Please don’t mistake this as me being ungrateful, these are just my thoughts take em or leave em,” he captioned the post. “Thank you to the people who fought for me to even have any noms.”

“To the Grammys,” he shared. “I am flattered to be acknowledged and appreciated for my artistry. I am very meticulous and intentional about my music. With that being said, I set out to make an R&B album. Changes was, and is, an R&B album. It is not being acknowledged as an R&B album which is very strange to me.”

The 26-year-old continued, “I grew up admiring R&B music and wished to make a project that would embody that sound. For this not to be put in that category feels weird considering from the chords to the melodies to the vocal style all the way down to the hip hop drums that were chosen, it is undeniably, unmistakably an R&B album!”

Bieber added, “To be clear, I absolutely love pop music, it just wasn’t what I set out to make this time around. My gratitude for feeling respected for my work remains and I am honored to be nominated either way.”

A spokesperson from the Recording Academy, which hosts the annual award show, did not immediately respond to Yahoo Entertainment’s request for comment. However, interim chief Harvey Mason Jr., told Billboard that the noms were “really exciting” and “representative of all the different areas of music.”

Among the many congratulatory social media posts, some users were incredulous that Bieber was nominated at all, in light of The Weeknd’s non-recognition, given the popularity of his March album After Hours and his single “Blinding Lights.”

Bieber, who shared the pain of early fame, both through his “Lonely” music video and in his October YouTube documentary Justin Bieber: Next Chapter, joined other artists in reacting to the nominations. Noah Cyrus (Miley Cyrus little sister) was “a puddle of tears” in an Instagram video for her “Best New Artist” nod and Megan Thee Stallion tweeted crying emojis after her nominations for Record of the Year, Best Rap Performance, Best Rap Song and Best New Artist.