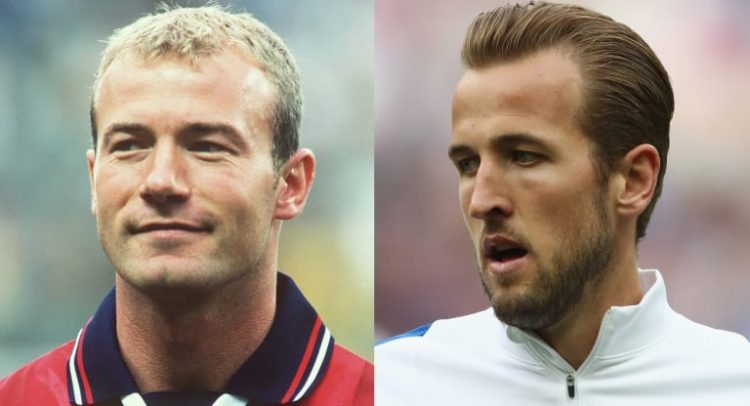 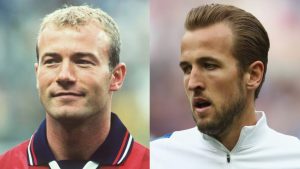 Harry Kane’s rise to prominence as a leading goalscorer for club and country seems to have happened overnight, but nothing could be further from the truth. After signing his first professional contract in July 2010, Kane had four separate loan spells with lower league clubs before becoming a regular for Tottenham and then his country’s No9.

The eight-year wait from becoming a professional to potentially featuring at a FIFA World Cup™ is similar to that of Alan Shearer, a previous incumbent of the No9 shirt for the Three Lions – with whom Kane is often compared. FIFA.com takes a closer look at the similarities between the prolific pair.

Years from turning pro, to World Cup bow
Shearer: 10
Kane: 8 (if he features against Tunisia on 18 June)

Alan Shearer’s World Cup wait was partly enforced by his country’s failure to reach USA 1994, but the forward still had an agonisingly long time between signing his first professional contract with Southampton in 1988 and making his first appearance on the global stage against Tunisia a decade later. Naturally, he scored after 42 minutes.

If Kane were to make his World Cup debut against the same side in Volgograd in June, it would constitute an eight-year wait after signing professional terms with Spurs in July 2010.

Shearer was 27 on his World Cup debut, and retired from international football in 2000, meaning he never appeared at another global finals. Kane will be 24 for his potential World Cup bow, meaning another finals appearance is far more likely.

The former Southampton, Blackburn and Newcastle man made his England debut six years before his first World Cup, giving him something of a head-start on Kane, who only became a full England international in 2015.

However, when taking goals per game into account, Kane has a slightly better record (0.52 goals per England game), than Shearer (0.46 goals per game) heading into his maiden World Cup.

Both Shearer and Kane scored important goals to help their respective sides reach the global finals. Captain Shearer equalised and scored the winner against Poland in the Three Lions’ first home qualifier on the road to France 1998, a crucial psychological victory in front of an expectant Wembley crowd after their failure to reach USA 1994.

Kane, captaining his country for the first time, scored a late leveller against Scotland at Hampden Park in June to seal a hugely important point. He then grabbed an even later winner against Slovenia at Wembley four months later that sealed England’s passage to Russia.

The benchmark against which Kane is most often compared to Shearer is that of Premier League goals. The Spurs man undoubtedly has his eyes on Shearer’s remarkable record of 260, having surpassed his century of goals in England’s top flight earlier this month.

Heading into France 1998, Shearer was some way ahead of Kane in terms of league goals, in his six Premier League seasons with both Blackburn Rovers and Newcastle.