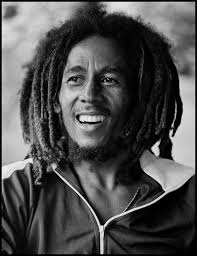 BOB Marley had a lot on his plate in early 1978. He was invited by some of Jamaica’s most notorious enforcers to headline a concert in Kingston in April that year, to help bring peace to their politically divided country.

Marley arrived in Jamaica in late February, his first time home since surviving an assassination attempt in December 1976. Within one month, Island Records released Kaya, the reggae star’s seventh album for the label.

Tomorrow is the 40th anniversary of its release, which came just nine months after Exodus, his previous set. Songs from Kaya were recorded during the Exodus sessions in London where Marley and his band, The Wailers, had gone to escape Jamaica’s hostile atmosphere.

While Kaya contained songs extolling the virtues of ganja ( Kaya and Easy Skanking), spiritual and hard-hitting numbers ( Running Away, Time Will Tell and Sun Is Shining), critics focused on the ballads which seemed to be a carryover from Exodus.

Is This Love, Satisfy My Soul and She’s Gone were radio-friendly songs similar to Turn Your Lights Down Low, Waiting In Vain and Three Little Birds from Exodus. Critics, like Lester Bangs of Rolling Stone magazine, who said Kaya was “the worst album he ever made” since Rastaman Vibration, were not impressed.

According to Bangs, the album was “quite possibly the blandest set of reggae music I have ever heard, including all the Engelbertisms of would-be crossover crooners like John Holt.”

Journalist Dermot Hussey interviewed Marley at his Hope Road home in 1977. He said the singer-songwriter was upset at talk that he had gone soft.

“He kept asking, ‘Wha’ dem mean by sell-out?’. He scoffed at the idea, but he was clearly annoyed,” Hussey told the Jamaica Observer.

Hussey had a different take on Kaya.

“Sequentially, it was a very different kind of album; coming after Rastaman Vibration, coming after the emotionally charged Exodus, following the attempt on his life in 1976. Kaya was more of a mellow mix of songs, a few philosophic, especially the fascinating Running Away,” he explained. “I think the rationale of the album possibly came about as a result of (Island Records boss) Chris Blackwell, encouraging Bob to open up his audience with a wider range of songs, aimed at widening his appeal.”

The strategy seemed to work. Kaya went to number four on the UK Album Chart, surpassing Exodus which was still in that table when Kaya was released.

In the United States, response was not as strong. Kaya peaked at number 50 and stayed in the Billboard chart for 17 weeks.

Dermot Hussey, who co-wrote the book, Bob Marley: Reggae King of the World, currently hosts The Joint on Sirius XM in Washington DC. He believes Kaya has endured.

“I think in the passing of time, Marley’s music still sounds fresh, and the carping about Kaya has long since subsided,” he said.