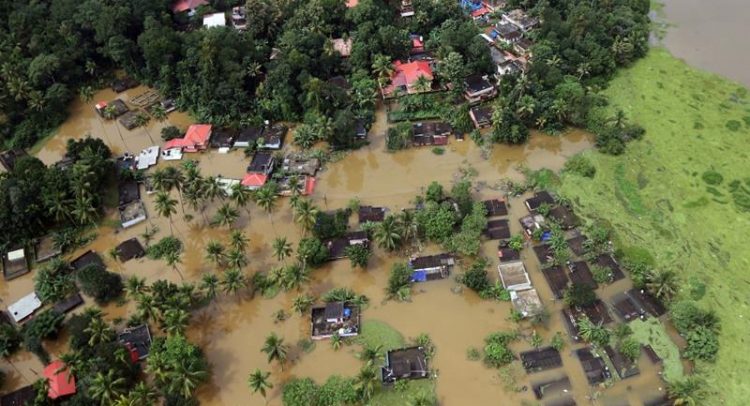 The cost to rebuild Kerala following the severe flooding that hit the southern Indian state will exceed $3.7bn, authorities said.

Almost 500 people were killed and a million left homeless after the worst floods in a century hit the coastal state in May.

The torrential rains destroyed tens of thousands of homes, ruined crops and washed away roads and bridges.

Earlier this month, the central government announced it would provide 6bn rupees ($84.6m) in assistance to the state, far less than the 20bn rupees ($282m) it requested.

Much to the dismay of state officials, the government has also rejected offers of foreign aid from Qatar and the United Arab Emirates.

Around 50,000 people are still living in over 300 camps across the state. More than four million jobs have been impacted by the floods so far, while 3.3 million jobs are currently “in jeopardy”, according to a recent report by financial research firm Care Ratings.

Both the agriculture and tourism sectors have been badly affected.

Kerala’s backwaters, a pretty network of lakes, rivers and canals stretching almost half the length of the state, draw millions of tourists every year.

Industry members now say there have been more than 80 percent cancellations of tourist bookings over the past few months.

“The GDP growth of the state would decline by at least one percent. Damages and losses still need further assessment. Things should normalise by next year. Tourism could see a revival in the next six months. But everything would be contingent on how swiftly the rebuilding begins,” Kavita Chacko, the senior economist who authored the Care Ratings report, told Al Jazeera.

Almost a week after the floodwaters receded, authorities have also turned their attention to the health risks posed by stagnant water in flooded neighbourhoods, which can aid the spread of diseases like cholera.

“Over 169 medical facilities, including hospitals, have been damaged and are out of bounds,” said Raju VR, Director of Health Services in Thiruvananthapuram, the state capital.

“This is only a conservative estimate. The damage might be far higher. The healthcare sector has recorded losses over $20m across the state,” he added.

“Children and pregnant women should be most careful as there is great risk of communicable diseases with people coming back to their homes.”

A post-flood recovery action plan is now in place, according to Shailaja Teacher, Kerala’s health minister.

“The most dangerous thing that we need to guard against now is an epidemic,” she told Al Jazeera.

“We are telling people to drink boiled water only. We have initiated a cleaning mission to sanitise homes and schools and buildings as people return from relief camps.”

Coca-Cola to buy UK coffee chain Costa for $5.1B