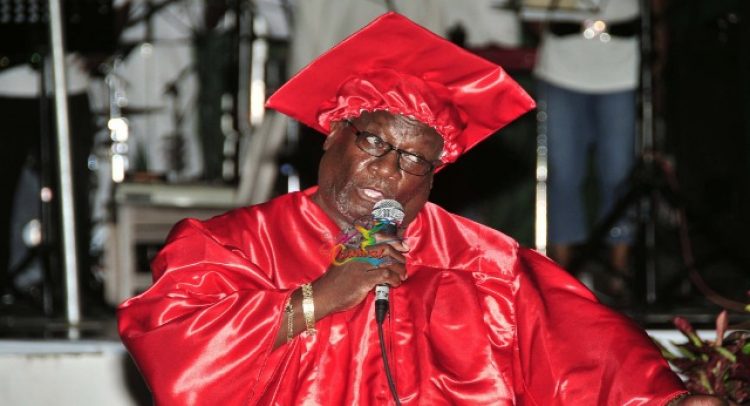 Basseterre, Thursday, 22nd September, 2022, (MyVue News. com)-Popular businessman and calypsonian, Cecil Rock has died. It was back in August when news started to circulate that Rock, also known in the calypso world as King Rockafella, was seriously ill and had been hospitalized.

When he was later released from the hospital, many fans and well-wishers hoped this was a sign of the early stages of recovery, but that was not to be.

It is believed that he died sometime overnight.

Rock, originally from McKnight in the Central Basseterre area of St. Kitts, also lived for many years in the United States before relocating to his home country sometime in the 1990s. Once home, he established various businesses, mostly in food and beverage, with his last establishment located at Port Zante.

During his calypso Career, Rockafella became a crowd favourite during the carnival calypso tents in St. Kitts. Perhaps his most famous calypso was one titled, “Stay in your lane” which was a political satire on various developments in St. Kitts & Nevis.

That same song won him his only crown in 2011 when he entered the new King of De Tents Calypso competition organized and funded by the local online news organization, MyVue News.com.

Rock was left to mourn, his children and wife.

Concerns over Hand Foot and Mouth Disease in Day Cares

No let-up in hostilities in Ukraine despite prisoner swap