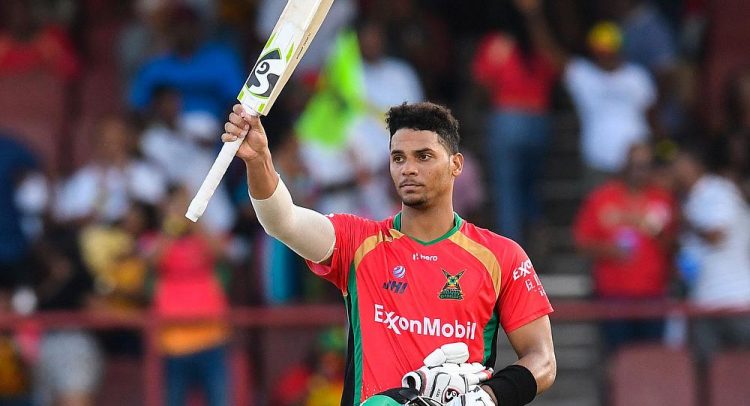 BATSMAN Brandon King says that while he is “excited” to remain with Guyana Amazon Warriors for this season’s Caribbean Premier League (CPL), the focus is on helping the franchise to land a long-awaited hold on the title.

The Jamaican-born King tallied a tournament high 496 runs at an average of 55.11 during the 2019 CPL as the Amazon Warriors swept to the final with a record-setting, unbeaten run.

But when it mattered most they lost to Barbados Tridents in the championship decider, faltering at that stage for the fifth time in the seven-year history of the region’s Twenty20 (T20) cricket showpiece.

“I’m excited to be back with Guyana. This was always my intention after how last season went for me as a player and for the team as well,” the West Indies player told the Jamaica Observer after the franchise listed him among their retained players on Tuesday.

“It was obviously disappointing not to go all the way, given the historic season we had leading up to the final,” King, 25, said.

The Amazon Warriors had won 10-straight preliminary games, and had even beaten the Tridents in Qualifier One — with King smashing a career-best 132 not out — before stumbling to defeat in the final.

“I do have a slight feeling of unfinished business leading up to this year’s competition, so I’m very motivated to try and win the title, and I think my teammates share that feeling. The Guyana fans definitely deserve it,” he added.

“I enjoyed my experience last year with the franchise. It was a very professional set-up that helped me to progress as a player.

“I think everybody last year realised that most of our squad was relatively young. I definitely think that’s something that has been good for us,” he explained.

“I’m happy to see that they’ve retained a lot of the guys because there’s a level of fearlessness and hunger that I think we all share and we bring that out onto the field.

“There’s energy and it’s easier when you have a group of guys that are around the same age. We can relate to each other, so the chemistry is also there on and off the field and I think that’s really crucial for us,” King told the Observer.

The 2020 CPL is to be staged from August 19 to September 26. However, tournament organisers, while monitoring the global spread of the novel coronavirus, say they remain guided by medical advisors and regional governments regarding any possible rescheduling.

Trinbago Knight Riders (formerly Trinidad and Tobago Red Steel) are the most successful franchise in the CPL, claiming three titles, while Jamaica Tallawahs and the Tridents have won two each.

Stopped cold: ‘Frozen’ musical on Broadway not to reopen