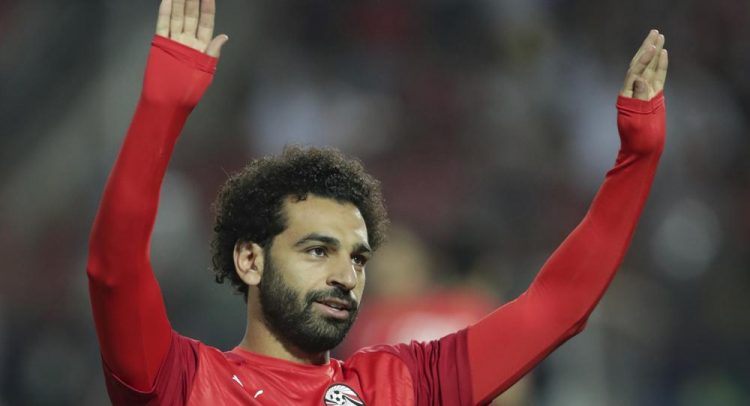 LIVERPOOL, England (AP) — Liverpool manager Jurgen Klopp expects Mohamed Salah to sign a new contract with the club and have the same longevity in his career as Lionel Messi and Cristiano Ronaldo.

Salah, who has 18 months left on his current deal, has been in talks with Liverpool about an extension but hasn’t yet received what he deems an acceptable offer. He said in a recent interview with GQ magazine that he is not asking for “crazy stuff” and wants to be appreciated for all he has done for the club.

Klopp said he was “very positive” about keeping hold of the Premier League’s top scorer and that there’s nothing unexpected about the length of the current negotiations.

“I know that Mo wants to stay. We want Mo to stay. That’s where we are,” Klopp said Wednesday. “These things take time. I cannot change it, sorry. I think it’s all in a good place.”

The 29-year-old Salah has a claim to be the world’s best player this season, having both scored more goals (16) and set up more goals (9) than any other player in the Premier League.

The Egypt winger, who is currently away on international duty at the African Cup of Nations, either won outright or shared the Golden Boot — the award for the league’s top scorer — in two of his first four full seasons at Liverpool and is on course to win it again.

He also is known to work hard on his fitness, all of which leads Klopp to think Salah can thrive until his mid-30s as Messi and Ronaldo have.

“His character, his determination, the way he trains, work rate,” Klopp said. “His attitude is incredible — first in, last out. Does all the right stuff.

“He knows his body, he knows what to do. He tries to improve all the time. He works hard for the situation he is in right now. I’m as convinced as can be.”

FILE – Egypt’s Mohamed Salah applauds fans prior to the start of the African Cup of Nations round of 16 soccer match between Egypt and South Africa in Cairo International stadium in Cairo, Egypt, Saturday, July 6, 2019. South Africa won 1-0. The African Cup of Nations soccer tournament will finally open in Cameroon on Sunday, Jan. 9, 2022 after two delays. The Central African country was stripped of the 2019 tournament because of its own faulty preparations and then its hosting in 2021 was delayed a year because of the coronavirus pandemic. African soccer’s biggest tournament has come around with the virus surging again because of the new omicron variant and organizers have resisted calls that it should be postponed once more or even canceled. (AP Photo/Hassan Ammar, File)AP NEW.