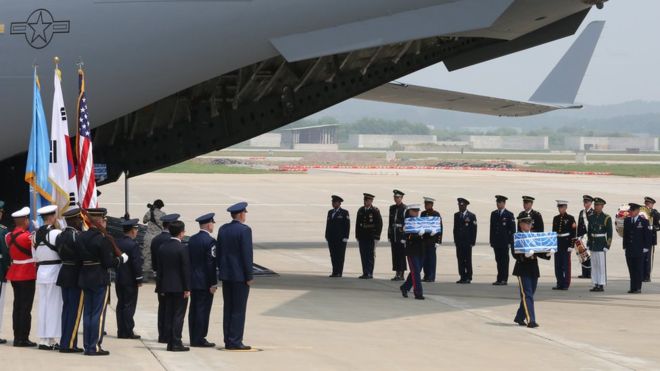 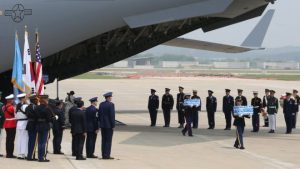 North Korea has returned remains believed to be of 55 US troops killed during the Korean War, bringing renewed hope to families who have waited decades for closure.

The return of the remains, brought to a US base in South Korea, is the latest move in the cautious diplomacy between Washington and Pyongyang.

The repatriation was agreed at the June summit between US President Donald Trump and North Korea’s Kim Jong-un.

“It’s hard to live your life not knowing what happened to your loved one,” the daughter of one missing serviceman told the BBC ahead of Friday’s news.

The Singapore summit, where Mr Trump and Mr Kim agreed to work towards the “complete denuclearisation of the Korean Peninsula”, has been criticised for a lack of detail on when or how Pyongyang would renounce nuclear weapons.

But the return of US remains was one of four points actually listed in that June declaration, and comes on the 65th anniversary of the signing of the armistice that ended the 1950-1953 Korean War.

It is believed that 55 soldiers have been returned this time, but their remains will need to be forensically tested to ensure they are indeed slain US troops – and it’s possible the identification process could take years.

John Zimmerlee, the son of a US serviceman who is among the missing, told the BBC there was no guarantee these were the remains of American soldiers.

Mr Zimmerlee, the founder of the Korean War Prisoners Of War and Missing In Action Network, said: “Keep in mind that these 55 remains that are coming back, these are people that they [North Korea] suspected were their enemy during the (Korean) war – not necessarily Americans.