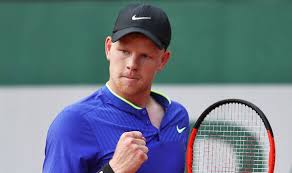 British number one Kyle Edmund moved into the French Open third round by beating Hungary’s Marton Fucsovics 6-0 1-6 6-2 6-3 in a strange match.

Edmund, seeded 16th, raced to the opening set in just 27 minutes against the world number 45.

Fucsovics looked a different player as he took the second set quickly, before momentum swung back to Edmund in the third.

The Briton will next play Italy’s Fabio Fognini, a clay-court specialist who has beaten 16-time Grand Slam champion Rafael Nadal twice on his favoured surface.

Bettering his record in Paris will be another notable landmark in a year which has already seen him reach the Australian Open semi-finals – his first appearance in the last four of a Grand Slam – and climb into the world’s top 20 for the first time.

St. Kitts and Nevis' CBI programme continues to stand out amongst the best in the world