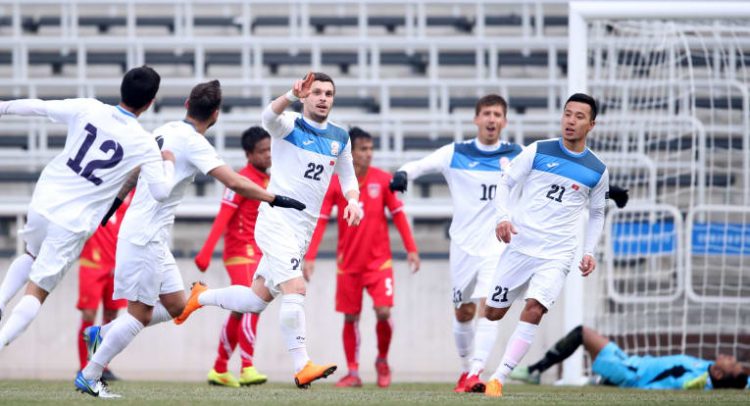 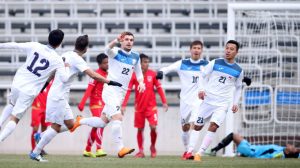 Kyrgyz Republic sealed their place at next year’s AFC Asian Cup on Thursday, as a 5-1 win over Myanmar saw the Central Asians confirm a first-ever qualification for the tournament.

With just one round of qualifying fixtures to go, the impressive victory ensured a top-two finish in Group A for head coach Aleksandr Krestinin’s side who now trail table-topping India – their opponents on Tuesday – by three points.

Zemlianukhin netted again shortly after the hour mark, while further goals from Vitalij Lux and Bekzhan Sagynbaev sandwiched a consolation strike from Myanmar’s Kyaw Ko Ko to add further gloss to the scoreline.

With Kyrgyz Republic securing their spot, the cast for the AFC Asian Cup UAE 2019 has grown to 21 teams, with five teams still in the running for the three remaining places.

All eyes will be on the Group B tie between DPR Korea and Hong Kong at the Kim Il-sung Stadium in Pyongyang in North Korea, with the home side needing only a draw to secure their spot with their opponents needing nothing less than a victory.

The AFC Asian Cup is poised to see another two teams qualify for their first-ever tournament with just two points separating leaders Philippines from Tajikistan and Yemen who are both tied on seven points in Group F.

Victory for either the Philippines or Tajikistan will secure their berth when both sides face-off at the Rizal Memorial Stadium in Manila, with Yemen setting their sights on all three points in their home tie against Nepal at the Suheim Bin Hamad Stadium in Qatar to guarantee their spot in the UAE.