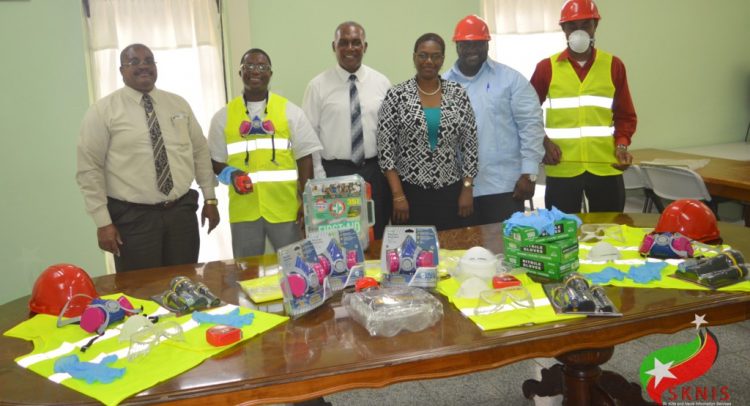 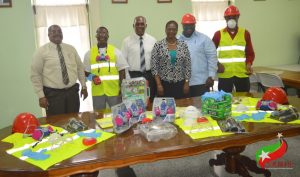 Basseterre, St. Kitts, June 25, 2018 (SKNIS): The Department of Labour has exceeded its target numbers for safety inspections at workplaces around St. Kitts, already surpassing the total that was recorded all of last year.

Figures shared by the department revealed that in 2017, there were 164 Occupational Safety and Health (OSH) inspections at a number of work environments including buildings, farms and construction sites. In fact, 94 inspections, which are slightly over 57 percent of the annual figure, took place during the fourth quarter of last year. The total for the first five months of 2018 is up to 193. The original target was set at 50 OSH visits for the first half of the year.

Senior Labour Officer and Head of the OSH Unit at the Labour Department, Lesroy Browne, explained that the inspections essentially include a review of safety protocols and procedures employed at the businesses.

He said the increased efficiency is a result of changes pushed by the Senior Minister and Minister of Labour, Honourable Vance Amory. This included expanding the number of OSH inspectors, which jumped from four in the early part of 2017 to ten as of March 2018. Additionally, a 14-seat bus was purchased in January 2018 to transport the labour inspectors.

“Since we got the bus, we were able to have access to the outer parts of Basseterre so we were able to visit places in the country (rural areas), over the Southeast Peninsula to look at construction sites and other businesses, Mr. Browne stated. “The work has been enhanced tremendously because we have the manpower now; they are getting the required training to do the work, and we are able now to split into groups.”

This means that more businesses can be covered as the department endeavours to ensure that the work environment is safe for employees, management and patrons/visitors, depending on the nature of the company/agency. The OSH Unit collaborates closely with colleagues in the Industrial Relations Unit when selecting areas to visit. If a company is found not to have the proper safety procedures in place, management will receive verbal and written notification from the Department of Labour and given six weeks to correct the issue (s). Follow ups are done after the period has expired to ensure compliance with the law.