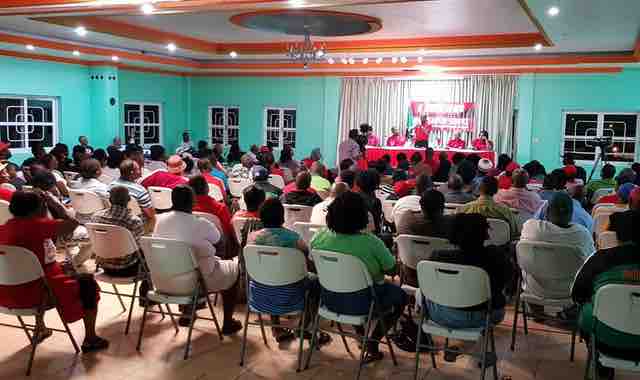 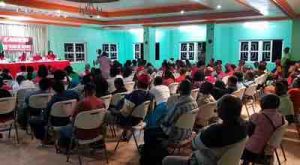 Basseterre, St. Kitts, 22nd February, 2018 (MyVueNews.com) – Opposition Member of Parliament (MP) Konris Maynard has accused the Team Unity Government of hypocrisy on the matter of lands associated with the Land for Dept deal struck between the former Labour Government and the National Bank.

At a Labour Party town hall meeting on Tuesday, 20 February, 2018, a meeting called to inform persons about what was happening in Government, the St. Christopher 3 representative, Maynard, said unlike the Labour Government, under the Team Unity Government land has been sold.

According to Maynard, when Team Unity was in opposition, they “railed against the land for debt deal and said the people’s lands will be sold off. And under the Labour Party Government, “not an inch of land was sold before the last elections”.

Maynard said, “This government has now gone and apparently sold lands in the LeValley area to foreigners, in Hermitage to foreigners, and we are saying that this is the height of hypocrisy, and showing the nation how they could have hoodwinked them and fooled them into believing that they were passionate about the preservation of our lands.”

The Constituency #3 representative also indicated that other matters were discussed, such as the Electoral Office and “the very strange things and occurrences that are happening there that are against the rules and against legislation”.

Further, the Labour representatives at the meeting spoke about the recent passage of a Bill that would all the assets of SCASPA to be sold off, as well as issues surrounding the second cruise pier.

Maynard said, “We discussed the bill that was debated last week, which effectively allows SCASPA to now sell all of its assets, all of its lands, including the seabed that surrounds the ports.”

Continuing, he said, “We explained how the building of a second cruise pier had gone from a minuscule cost of $32 to $48 million, a whopping 50 per cent increase, without any justifiable reason.”

Maynard concluded, “We are concerned that this is the height of corruption, where a company affiliated and directly associated with ministers of government will directly benefit from the construction of the second cruise pier.”

Global watchdog to put Pakistan back on terrorist financing watchlist