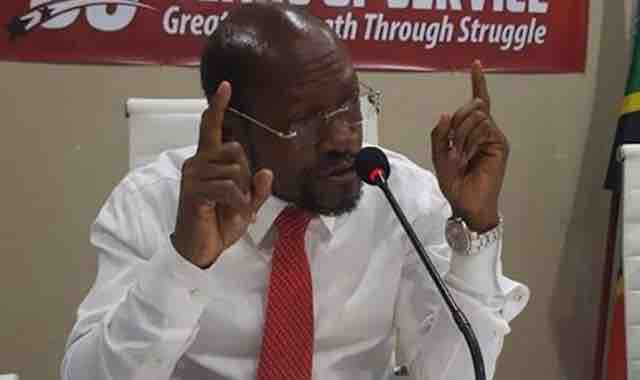 Speaking with MyVueNews.com, Dr. Terrance Drew, of the SKN Labour Party, said several matters will be discussed including that of the passport issue involving the leader of the party, Dr. Denzil Douglas, a matter that was raisedin the National Assembly recently.

At that sitting, Attorney General Vincent Byron announced that the question of Dr. Douglas’ allegiance to Dominica will be put before the Court, for his holding of a diplomatic passport from that country, and as such cannot be a member of the National Assembly.

Other matters, Dr. Drew said, would be the nation’s healthcare system, as well as the Party’s candidate selection.

Drew recalled that in the process four spots were being eyed for and 15 potential candidates came forward.

He said, “It shows that people, even under the circumstances, want to be part of the Labour Party’s leadership. So, the Party is still very strong, still very attractive, and so we are finalising the candidates for the other four constituencies. The Party is very close to the end of that process.”

Drew said also,  “Labour is ready to show the country that it is the best option for governance in the federation.”

Have bar owners been given the boot for new hotel?