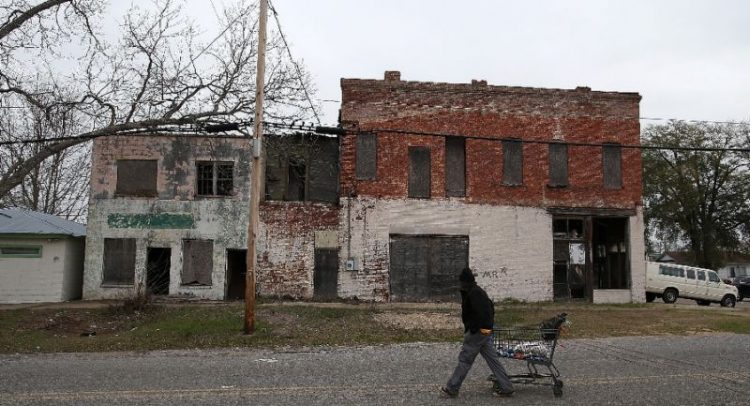 ‘Lack of compassion’ for the poor threatens US democracy — UN expert The UN’s top expert on extreme poverty warned Thursday that contemptful and cruel US policies towards the poor were disenfranchising millions, posing a threat to democracy in the country.

Speaking to reporters on the side-lines of the UN Human Rights Council in Geneva, he said a “complete lack of compassion” characterised US policies towards the poor, who are becoming ever more “invisible in the political process”.

According to the latest available statistics, from 2016, some 40 million Americans live in poverty, 18.5 million live in extreme poverty, and more than five million live in “Third World” conditions.
Alston said that while no data is yet available to show developments since Donald Trump became president last year, it appears that “inequality is rapidly getting worse”.

He pointed to Trump’s dramatic tax overhaul, seen as a handout to the wealthy, and “efforts to get as many people as possible off of Obamacare”, the health insurance plan introduced by his predecessor primarily aimed to help the poor.

He pointed to the administration’s radical roll-back of a wide range of regulations, in the areas of health, safety and the environment among others that had long served to especially protect the poor.
And he slammed manipulation of voter ID laws and gerrymandering that disproportionately block the poor and minorities from voting, and laws that disenfranchise felons.

Alston in particular decried policies that punish and imprison people who cannot afford to pay bills or fines, weakening their chances of finding or holding a job, housing and stability, and fuelling a cycle of poverty and desperation.

“Mass incarceration is used to make social problems temporarily invisible and to create the mirage of something having been done,” he said in a report published earlier this month and based on a visit to several US states and territories last December.

“It is difficult to imagine a more self-defeating strategy,” the report said.
The “extreme inequality” such policies maintain and fuel, pose a threat not just to economic efficiency but to the well-being of American democracy,” it warned.

Asked Thursday about the recent firestorm over the separation of migrant families on the US-Mexico border, Alston said it reflected the same “contempt” shown for the poor inside the country.

Just like the poor, both legal and illegal immigrants are increasingly viewed as “losers”, he said.

“But what they have really lost is their humanity, (and their right) to be treated with the basic decency that international human rights standards demand.”

“I think once you have departed from that basic commitment to minimum humane standards, it doesn’t usually stop at the borders,” he said, describing the developments as “deeply troubling”.

Alston is due to present his report to the rights council on Friday; just days after Washington decided to withdraw from the body, meaning no US representatives are expected to be present to react to his findings.