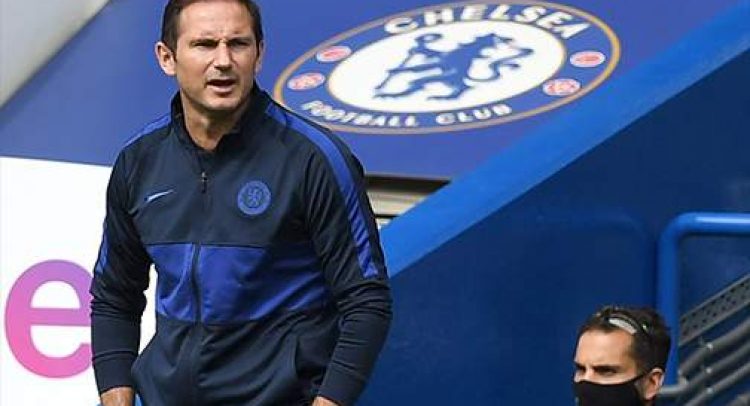 LONDON, United Kingdom (AFP) — Frank Lampard has called for the Premier League’s Saturday morning fixtures to be scrapped as Chelsea’s tired players prepare to face Newcastle in that slot after a draining international break.

Lampard believes it is madness for the Premier League and television broadcasters to insist on one match being held at 1230 GMT on Saturdays as it places undue stress on overworked players.

The issue is especially alarming for Chelsea boss Lampard when several of his stars were only just arriving back in England on Thursday after jetting around the world to play for their countries.

They will have barely any time to rest or train before the trip to St James’ Park on Saturday and Lampard is concerned that their fitness is being put at risk.

“The majority of our squad have been travelling, they are just getting back now. They will fly up to Newcastle, fly back, fly to Rennes on Tuesday and then back,” Lampard told reporters yesterday.

“Thiago Silva has just landed. He probably won’t go to Newcastle because of the length of the journey and the timings.

“When you look at the scheduling the broadcasters have never had as many slots. How much does that 12:30 slot need to be there?

“It is absolutely not the optimum way to have players preparing for Premier League games.

“Player injuries are going up across the league, the numbers are there if the Premier League wants to look at them.

“Zero pre-season, the schedule is tighter and if we want to handle them as best we can and look after the players, change the 12:30 time.”

Lampard’s complaint about the fixture schedule comes as many of his fellow big six managers step up their calls for a return to the five substitutions rule that was introduced after the coronavirus lockdown last season.

All the other major European leagues and the Champions League have retained the five-sub idea, but in the Premier League only three changes are allowed this season.

Lampard is convinced that decision —which was voted on by top-flight teams — should be looked again for the good of player welfare.

Chelsea winger Christian Pulisic is sidelined by a hamstring injury and Lampard is also waiting on the results of a number of COVID-19 tests, although Kai Havertz is back in training after a period of self-isolation.

“I think it is something we have to address again with the clubs,” he said.

“My main concern is player welfare, they are under incredible stress, especially those playing in Europe.

“I don’t want anyone to cry their eyes out for players, we all know how lucky we are, but everywhere else has five subs so we have to revisit this in my opinion.”

Lampard gave his support to the campaign for action over the growing number of former players suffering from dementia.

England World Cup winner Bobby Charlton has been diagnosed with the illness, while his former teammate Nobby Stiles, who died recently, also suffered from dementia.

“It’s concerning. We have to support ex players and their families in this position,” he said.

“In the times they played we weren’t as advanced as we are now in terms of the research and proper medical reasons for why dementia has been brought on. We have to act now and not be sitting on a problem.”

Main Photo: LAMPARD…when you look at the scheduling the broadcasters have never had as many slots (Photo: Observer file)