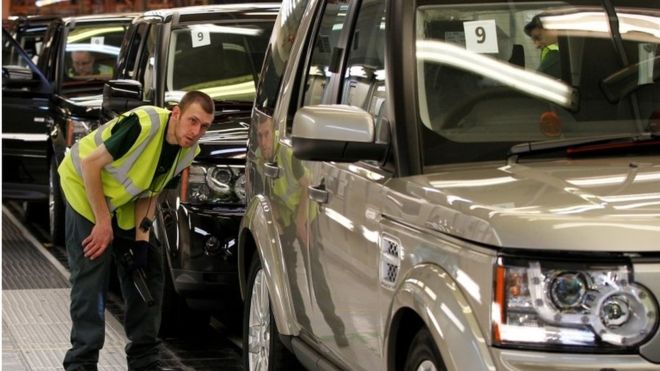 Land Rover Discovery model moved to Slovakia from the UK 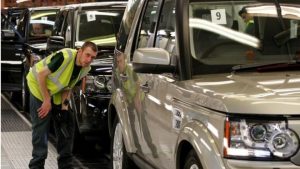 Jaguar Land Rover (JLR) has said it will move production of its Land Rover Discovery SUV from the West Midlands to Slovakia from next year.

The Solihull factory, where the Discovery is manufactured, will be used to build a new generation of Range Rover models, the firm said.

The company warned that there may be some job losses in the UK as a result.

JLR – which is owned by the Indian group Tata Motors – said that it remained “committed to the UK”.

The company has previously said all its cars would be available in either an electric, hybrid, petrol or diesel version from 2020.

It has not put an exact figure on the level of investment in the Solihull plant, but it runs into hundreds of millions of pounds.

“The potential losses of some agency employed staff in the UK is a tough one but forms part of our long-term manufacturing strategy as we transform our business globally,” JLR said in a statement.

Previously, JLR had said the manufacture of the Discovery would be split between Solihull and Slovakia.

Professor David Bailey, motor industry specialist at Aston Business School, said if JLR was “really committed” to UK production and moving the Discovery did “pave the way” for other models to be built in the West Midlands, then that was a “good thing”.

“But at the moment, JLR has not told us what other models this will open the door to, and what level of investment they are pledging at Solihull.”

He said given previous job losses at JLR and production cut backs at Castle Bromwich this latest development was “arguably further negative news”.

“We need to know how many jobs, what other models this will open the door to and what level of investment they are talking about,” he added.