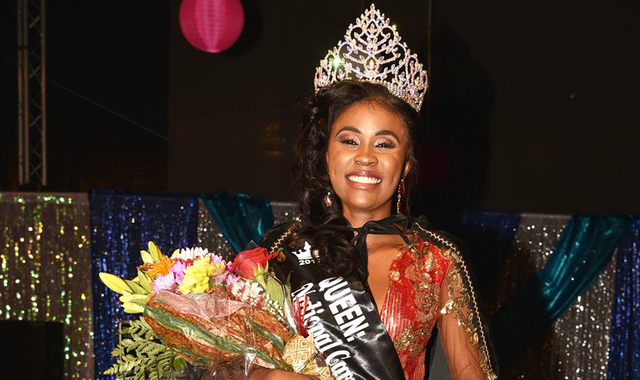 In what was an outstanding performance, Sheniqua racked up a total of 1280.5 points. First runner-uo Sarafiona Osborne, sponsored by Big Cane Rum, earned 1266.5 and was in closest contention for the crown by her well executed performances. Cornell Daniel, Ms National Bank, was second runner-up with 1150 points.

The event was not without concern. During Cornell Daniel’s talent performance, she fell and was injured and was attended to by medics on the scene. She was allowed to re-present her talent performance without being penalised on points.

In other awards, Miss Amity went to Beliesa McDonald, sponsored by The Bank of Nova Scotia; Miss Photogenic was earned by Sheniqua Lanns, and the Most Popular Contestant Online was won by Cornell Daniel.