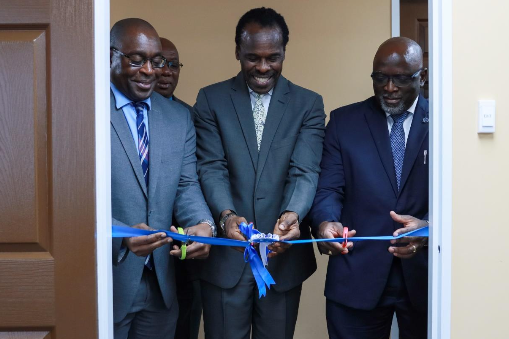 The CCGIU will assist regional law enforcement authorities in criminal investigations involving firearms, by utilizing modern intelligence tools and technology. The Unit will facilitate collaboration and cooperation among regional and international law enforcement agencies including CARICOM IMPACS and United States’ agencies, including the Bureau of Alcohol, Tobacco, Firearms and Explosives (ATF), Homeland Security Investigations (HSI), Customs and Border Protection (CBP), the Bureau of Industry and Security (BIS), and INTERPOL.

The CCGIU is located at the CARICOM IMPACS’ Port of Spain headquarters and will work with IMPACS’ Regional Intelligence Fusion Centre (RIFC) and Joint Regional Communications Centre (JRCC) to provide intelligence analysis on illicit firearms and ammunition. The Unit will support law enforcement agencies in Member States in the seizure of firearms, related parts, and components as well as in identifying, charging, and prosecuting co-conspirators.

The Council for National Security and Law Enforcement (CONSLE) at its 24th Meeting in Jamaica on October 6, 2022, endorsed the establishment of the CARICOM Crime Gun Intelligence Unit (CCGIU) by CARICOM IMPACS, as a critical tool to assist CARICOM Member States in investigating and prosecuting firearm-related crimes.