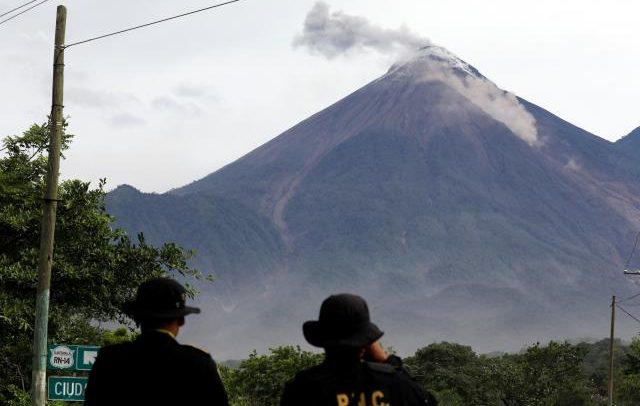 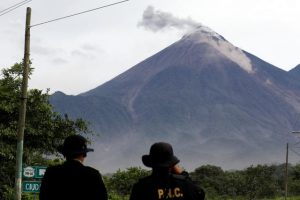 Dangerous flows of lava, ash and toxic gases poured down several canyons below the crater of Guatemala’s Fuego volcano on Friday, prompting a new round of evacuations of rescue workers and nearby villages.

At least 109 people have already died in a series of eruptions that began with a massive blast on Sunday and since then have showered ash over a vast area, spewing deadly, fast-moving pyroclastic flows.

In two of the canyons where flows have accumulated, columns of ash rose as high as 19,700 feet (6,000 meters), according to a Friday morning statement from Guatemala’s volcanic institute.

“The (flows) carry hot vapor, including fine particles similar to cement, two- to three-meter diameter rocks and tree trunks dragged out by the current,” the statement added.

The flows sparked panic among rescue workers still in the area, as well as volunteers and police.

Search and rescue efforts were formally suspended on Thursday due to hazardous conditions, though authorities said they could resume if the situation improves. [nL2N1T915L]

Along a closed highway that connects the towns of El Rodeo and San Miguel los Lotes, around 25 people, many with picks and shovels, waited to resume the search for the missing.

The death toll from Fuego’s most violent eruption in four decades has been gradually rising as rescue teams scoured the ravaged landscape, which is coated in ash.

The U.S. government said it was sending emergency aid at Guatemala’s request, while Mexican authorities sent doctors to help survivors with severe burns, at least seven of whom, in critical condition, were transferred across the border into Mexico.

The death toll from Fuego, which means “fire” in Spanish, is expected to rise further as more bodies are found.

Slideshow (9 Images)
“If the search is not going to be continued (authorities) should send us help because even if it’s just bones, we want our families back,” said Eufemia Garcia, a 47-year-old housewife who estimated 50 members of her extended family are still missing.