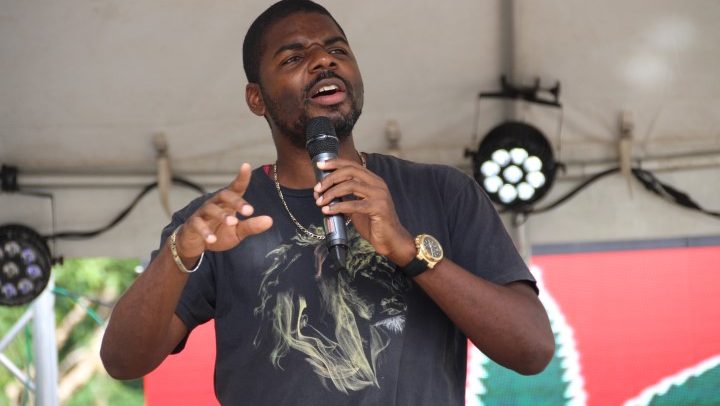 Political aspirant Dr Natalio ‘Sowande Uhuru’ Wheatley believes revenue generated via taxes from decriminalised marijuana could be used to finance some much needed infrastructural projects such as road and school repairs.

Speaking at the first ever marijuana festival on the island of Jost Van Dyke recently, Dr Wheatley said there are several areas in need of attention but government “just doesn’t have the money”.

“This is even before [the hurricanes] — now we are in severe crisis. So, marijuana can help with all of those things,” Dr Wheatley said.

He said though marijuana is illegal in the BVI, it is part of the ‘iconography of local tourism’ so legalising the drug would propel the tourism sector further.

And with the ongoing controversy between the territory and the United Kingdom in relation to public registers of company beneficial ownership, Dr Wheatley said the time to seriously consider other options such as marijuana is now.

Dr Wheatley further said he hopes the marijuana fest will continue and will become part of the BVI’s unique tourism brand.

In the last few years and even months, a number of local legislators have expressed pro-marijuana sentiments. These legislators include minister responsible for agriculture Dr Kedrick Pickering and Education Minister Myron Walwyn.

Their sentiments have seemingly filtered down to Premier Dr D Orlando Smith who last month said his administration is considering to relax the territory’s marijuana laws.

“We’ll look at the possible benefits that may come out of medical marijuana. And when I say medical, I mean the medical use of marijuana and producing it for that particular purpose,” Dr Smith said.

The Premier said his administration is exploring other possible avenues but are also mindful of the potential fallouts of relaxing local marijuana laws.

Caribbean nations such as Jamaica have decriminalised the weed, and under that country’s laws, persons found with two ounces or less of the marijuana will be ticketed instead of being criminally charged.